The Will To Fight 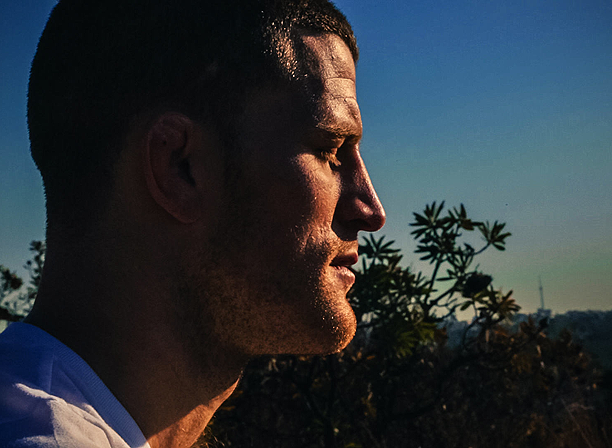 Johannesburg (South Africa) – Adam ‘The Prodigy’ Speechly is not your typical MMA athlete (if there is one). A former champion, he has ridden the wave that is elite MMA competition to the highest peaks. Now preparing for his title re-challenge against Henry Fadipe (Speechly was the first EFC welterweight champion, and lost the belt to Dallas Jakobi), he talks about what it is that keeps him grinding, no matter how tough it gets.

“I love to fight,” he said, speaking before entering an afternoon training session. “I love the thrill of competition. Fighting is a huge teacher for me. It brings my life into focus.”

Speechly last fought in April 2013, the long layoff because of a combination of his studies towards a BSC in Physiotherapy, and having to pull out of his previous bout (against Henry Fadipe) due to a severely split lip.

“Between fights I get stuck in a rut, I fall into a comfort zone,” he said. “It takes a fight to be signed for me to break out of that.”

“There’s fear involved in signing a fight,” he continues. “What makes a fight camp so difficult is that I have to break the habits that I formed in the last camp. That’s a huge challenge.”

His title loss to Dallas Jaboki was a massive learning curve, and the reason he believes he is ready to take the title today.

“When I lost my title my opinion of myself was inflated,” he said, looking back to that night in September 2011. “I forgot that I was beatable. At the time I was thinking ‘why is this all going against me?’ Looking at it now, I realise that I didn’t understand the responsibility that comes with winning a title.”

“When you have the title,” he continues, “everyone you fight, no matter how average they may seem, that’s the fight of their life. They’re coming at you with everything they’ve got. That’s an important lesson that I have now learned. It makes me feel properly prepared for fighting for and winning the title. I now understand what it means to hold it, and what it takes to win it.”

Looking at his opponent, Speechly knows he has a huge challenge ahead of him. Henry Fadipe has decimated the welterweight division. In less than one round he put Martin van Staden out of competition for ten months with a torn knee, and knocked Speechly’s teammate, Michiel Opperman, out cold with a double elbow.

The prospect of the fight makes him smile.

“In a fight there’s a winner and loser. You have to embrace it, because it’s that risk that makes it so rewarding. You’ve got two people going in there to put it all on the line. Everything I’ve done up till that point is irrelevant. All the preparation, all of that just got me there, but once it begins the past is forgotten, then I’m on instinct, only the fight remains.”

“It’s a hard thing to understand, and actually live by,” he concludes “The will to prepare fully, to accept change and the fear that comes with it. The courage to fight with all I have, no matter what the outcome. These lessons, this thrill of living, this is why I fight.”