McLellan vs. Du Plessis, the story behind the fight 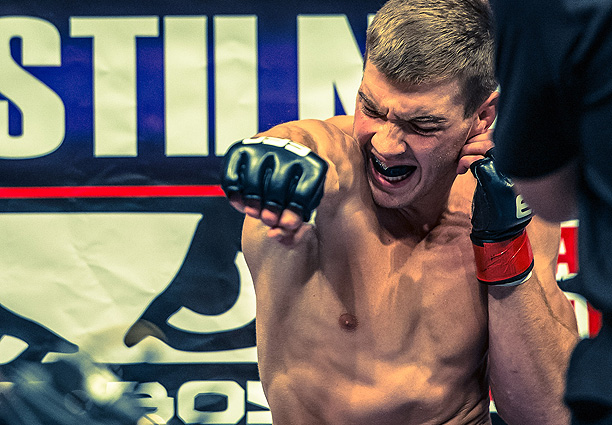 When the bout was first signed Du Plessis put out a message saying “I’m so glad I left FFM because now I get to fight Garreth, and f#ck him up.” The message revealed a history between the two athletes.

Three years ago a teenage Dricus du Plessis joined FFM as a junior athlete, travelling over 100km daily to pursue his dream of entering what he saw as the greatest fight team on the continent. In his words, this is what happened then:

When and why did you start training at FFM?
Roughly three years ago I saw my first EFC show and thought ‘wow, I want to do that!’ I was instantly in love with the sport. I had met Demarte Pena before, and guys like Garreth [McLellan] and Chef [Norman Wessels] were my heroes. FFM was a long drive for me, I was living at Hartebeespoort Dam at the time, but I didn’t care as all I wanted was to train with and learn from them.

What was it like at FFM?
In the beginning meeting all my heroes and taking photos with them was great, I was convinced I was in the right place. The training was awesome and I also made a few friends, like Demarte (Pena) and Boyd (Allen).

Why did you decide to leave?
After about six months of training there I asked Norman if I could fight an amateur fight under them. At that stage I had already had an amateur MMA fight, which I won, and a lot of amateur K1 fights. He told me that they’ll watch my progress and if they feel I’m ready, they’ll give me a chance. That was heavy for me as I had been spending five hours a day there already, driving over 150km every day, and on Saturday sparring days I was being used as a punching bag by their pros. I thought, well, that’s fine, I guess that’s what it takes to get into the FFM team. I started thinking that if I’m not good enough, maybe I shouldn’t be doing MMA. Luckily I didn’t give up and found Team CIT, my true family.

Do you feel that they broke their word to you?
They never made me any promises, but I do think that the way they handled me isn’t the way to treat someone with a dream, who looks up to you, who puts everything in, and who obviously has talent as I’m now going to fight for the title. After I left there I took a long break from MMA, thinking I wasn’t good enough. I think they made a mistake with me, and it’s interesting that now that mistake is coming round to bite them in the ass. I’ve found my family at Team CIT, and I’m taking their belt.

Is this fight personal?
It is. Garreth is their poster boy and I’m looking forward to messing him up. I won’t let my feelings influence what happens in the Hexagon, though, when I’m in there it’s all business.

What was sparring with Garreth like?
I sparred with Garreth a few times. To be honest, I didn’t find him particularly memorable.

Any words for Garreth?
I’m not the same teenager that you and your team thought wasn’t good enough. Today I’m with the best team in the country, and I’m ready for anything you and your coaches bring to the table. I’m taking the belt tap, snap or nap, the choice is yours.

Follow Du Plessis on Twitter at twitter.com/dricusduplessis to stay in touch as he readies himself for his title challenge.