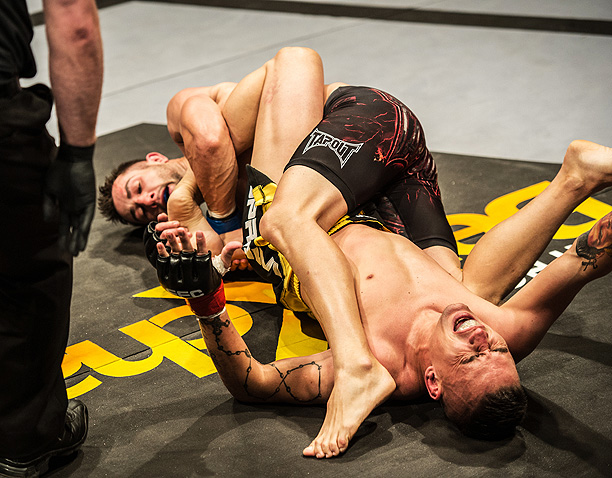 Johannesburg (South Africa) – At the beginning of this year, Durban’s Tyson Chelin was a virtual unknown talent in African MMA. By July he was on a meteoric rise with the scalps of two EFC veterans under his belt.

This Saturday he goes head to head with Johannesburg’s Matt Buirski in a highly anticipated featherweight bout. Buirski is known for his dominant wins and his fight of the night performance against Abdul Hassan at EFC 26.

“I do know that Matt will come in strong and aggressive,” said Chelin on his coming fight. “I will be prepared for that and ready to keep him guessing.”

“I’m just going to fight my fight,” he continued. “I don’t like to predetermine how the fight will go or to judge a fighter from his previous performances.”

Having built his reputation over years competing in Durban’s MMA circuit, hitting the EFC Hexagon in his home town is a huge moment for Chelin, and his fans.

“It is always great to fight in front of my home crowd,” said Chelin. “I have a lot of friends and family that have never experienced the live event and now they will have the opportunity to see how great it is! I am incredibly excited!”

When asked about his plans in the EFC, he replied: “I would obviously love to have that belt around my waist. For now I want to focus on my next fight against Matt and work my way up the ladder.”

For Chelin, already sitting on two wins, this is a chance to chase that elusive ‘triple’, and take a step closer to his dream of EFC gold.

The EFC 33 Ster-Kinekor Prelim Bouts are exclusively available on the #EFCBigScreen experience at selected Ster-Kinekor cinemas throughout South Africa, and via online and mobile streaming at www.efcafrica.tv. Tickets are on sale now at SterKinekor.com.