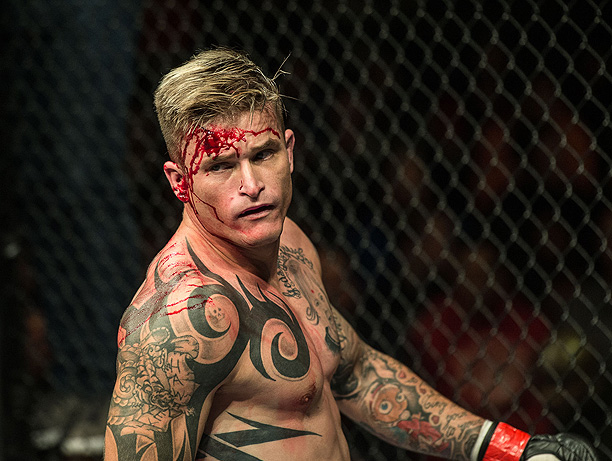 Johannesburg (South Africa) – A year and a half ago Wesley ‘Young Assassin’ Hawkey was down and out. He’d suffered two quick submission losses, was in the midst of turbulent personal issues, and struggling to find his feet in a world turned upside down. True to what made him a legend of African MMA he didn’t give in, and today has come screaming back to form.

At EFC 27 he put on a boxing master class against Gareth Buirski, and at EFC 31 followed that with an unforgettable trench war against African wrestling champion Hanru Botha. There Hawkey walked away with a bruising win, and a fight of the night award.

On August 30 he faces another legend in Johannesburg’s Brendon Katz, and crucially, for the first time in his veteran’s EFC career, enters the Hexagon in front of his home crowd.

“It means a lot to fight in front of my friends and family, especially in the 031,” said Hawkey in an interview this morning. “Durbanites stick to supporting their boys. It’s an atmosphere and a buzz that makes me more willing than ever to put it all on the line.”

His opponent is a renowned all round fighter. Fresh from a knockout victory over Durbanite Nelson Feiteira, Katz will be more than happy to end Hawkey’s two fight win streak.

“Katz… stand and bang!” said Hawkey, speaking directly to his opponent. “I doubt he will, though,” he added. “Whatever his plan is I need to be mentally prepared for a bloody war. He always brings his game, he’s talented, it’s going to be a great fight.”

Hawkey vs. Katz takes place as part of the EFC 33 Ster-Kinekor Prelim Bouts, and is exclusively available on the #EFCBigScreen experience at selected Ster-Kinekor cinemas throughout South Africa, live at the venue, and via online and mobile streaming at www.efcafrica.tv. Tickets on sale soon at SterKinekor.com.