‘Hollywood’ To Take On The ‘Tiger’ 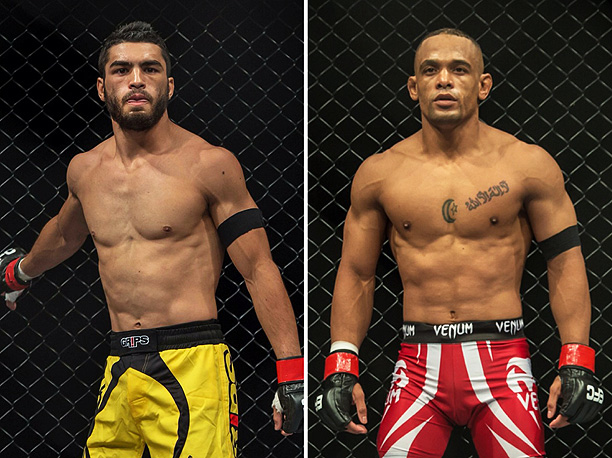 Johannesburg (South Africa) – Abdul ‘Hollywood’ Hassan will no longer be competing at EFC 33 in Durban. Instead a fight against Cape Town’s Irshaad ‘White Tiger’ Sayed has been confirmed for EFC 35, taking place on November 06 in Cape Town.

Hassan’s Durban opponent, Gareth Buirski, has had to withdraw from the Durban fixture due to a knee injury sustained at the very end of his fight camp. On such short notice, and against an opponent with the calibre and experience of Hassan, EFC matchmaker Graeme Cartmell has decided it best to confirm Hassan for the November card.

“We looked at options for Abdul, but found it impossible to put on a good match against someone of his experience and ability. I’m incredibly excited about Sayed vs. Hassan. That bout is going to be huge, and is going to go a long way to defining the next bantamweight title contender.”

“I’m gutted that I won’t be able to fight in Durban,” said Hassan, “but this is the only way. I can’t wait to get in the Hexagon with Sayed, and to be in the arena to support our Durban boys this Saturday.”

EFC 35, presented by BetXchange.com, returns to the GrandWest Grand Arena, Cape Town, on Thursday 06 November 2014. Tickets on sale soon at www.computicket.com. Book your cinema ticket to all fights live and in state of the art digital projection at www.sterkinekor.com. Watch the entire event live, from anywhere on the globe, via online streaming at efcafrica.tv.