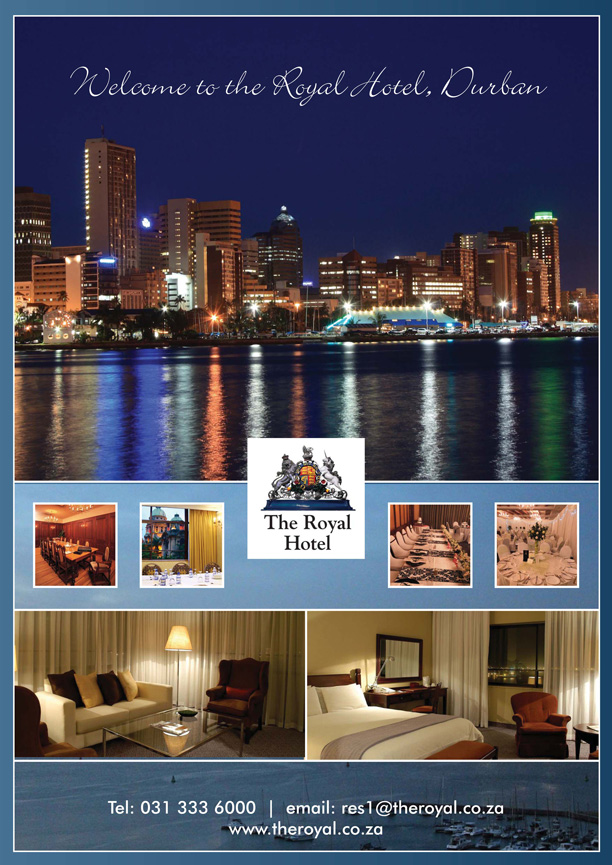 Johannesburg (South Africa) – On August 30, 24 of Africa’s best MMA athletes converge on the city of Durban for EFC 33, a milestone first event in what many regard as the home of African MMA.

The Royal Hotel, situated in the heart of Durban’s City Centre, will be opening their doors to all travelling EFC athletes, accommodating them in the luxurious style for which the hotel is famous, and invite all travelling fight fans to make the ‘Royal’ home over the EFC 33 weekend, too.

The Royal Hotel is within walking distance from the Durban ICC (the EFC 33 venue), as well as other landmarks such as Durban City Hall and Durban Harbour.

The Royal Hotel is Durban’s oldest hotel, and has a matchless reputation for being one of the city’s finest. Anchored by a principle of uncompromising service and unfailing hospitality, guests have come to expect superior accommodation in all the luxury of a bygone era.

“We are proud to be a part of EFC’s first event in Durban,” said Petra Porter, the General Manager of the Royal Hotel . “Fans travelling to our beautiful city will have the opportunity to stay at our prestigious hotel alongside their favorite EFC star. It’s going to be a spectacular weekend!”

Contact the Royal Hotel central reservation office at 031 333 6000 to make your booking today. Rooms are limited.