A Clash Of Styles 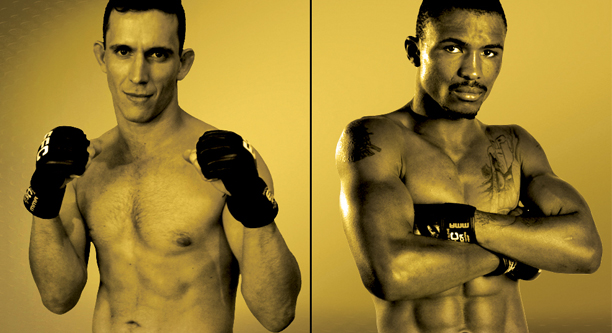 Johannesburg (South Africa) – Two electrifying strikers, Heinrich Potgieter and Sydney Mokgolo are set to make their debuts in the hexagon at EFC 34 in a bout between two very distinctive striking styles, eastern Sanda vs. western kickboxing.

Sydney Mokgolo is a South African kickboxing champion with devastating striking ability and a record of 2-2 outside of EFC. Originally set to face Tresor Pupanga at EFC 32, however the EFC doctors pulled Tresor from competing on the morning of the fight. Mokgolo has since shown his desire to enter the Hexagon and display his skills against a worthy opponent.

His opponent Heinrich Potgieter is an undefeated Sanda fighter, having trained under the legendary Du Shan Yen, in Shenzhen, China. This may be his EFC debut, but he is entering the bout with a vast amount of experience in multiple striking disciplines. Since his return to South Africa he continued his training out of CIT in Pretoria where he is honing his skills alongside teammates Leon Mynhardt, Michiel Opperman & Dricus du Plessis.

EFC AFRICA 34, presented by BetXchange.com, takes place on Thursday 02 October 2014 at Carnival City, Johannesburg. Tickets on sale at www.computicket.com. Book your cinema ticket to all fights live and in HD at www.sterkinekor.com. Watch the entire event live, from anywhere on the globe, via online streaming at efcafrica.tv. efcafrica.tv.