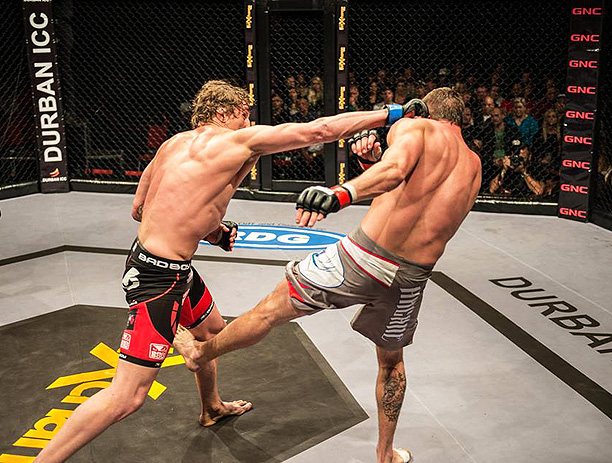 Johannesburg (South Africa) – At the EFC 33 press conference, EFC President Cairo Howarth announced that the former welterweight champion, Michiel Opperman will be Soldierboy’s next challenger for the middleweight title.

EFC briefly caught up with the chiropractor yesterday.

EFC: Are you taking the fight?
Michiel: Yes I definitely what to fight Garreth! I would be stupid not to take the fight!

EFC: How soon do you want the fight to happen?
Michiel: If EFC can make it happen towards the end of the year it would be great

Soldierboy has not responded to discussions about the fight, but the middleweight champion has never turned down any opponent in the past.