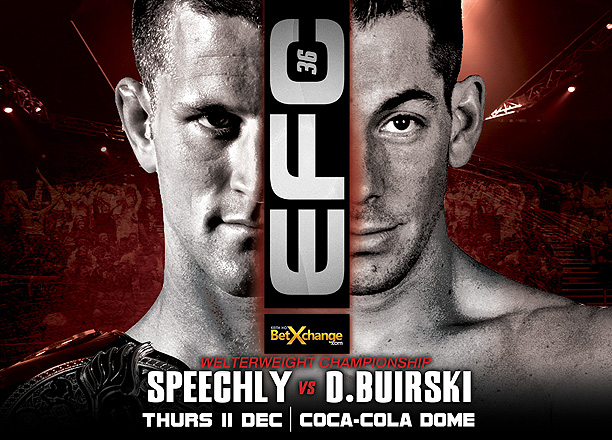 Johannesburg (South Africa) – Fight fans from around the world have been waiting in anticipation to see if and when the welterweight curse will be broken. On 11 December, live from the Coca-Cola Dome in Johannesburg, it will be seen when EFC`s final event of the year takes place.

But first, in a bout between two of the world’s most exciting stand-up strategists, we see the featherweight champion Boyd Allen put his title on the line against a man on a mission, Wade `Warrior` Groth.

Plus former welterweight champion Dino ‘The Lion’ Bagattin, returns to the Hexagon when he faces crowd favourite Gordon ‘Rage’ Roodman.