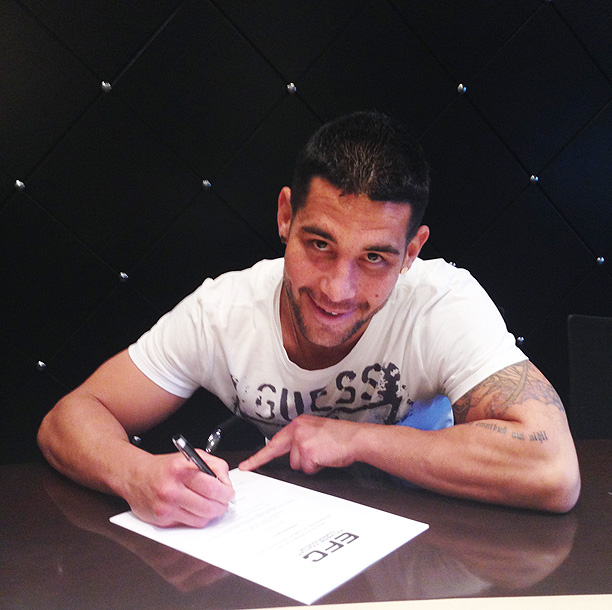 Johannesburg (South Africa) – Friday Wade ‘Warrior’ Groth met with Graeme to sign his contract. He will be challenging the seemingly unbeatable Boyd Allen for the EFC Featherweight title.

Since his return to the Hexagon, Groth has had two memorable wars putting him on a three fight win streak and earning him a title shot at the new champion.

“I have been working on everything, getting sharper and stronger,” Groth said about his preparation for the fight. “I am claiming the featherweight belt in December”.

When asked about the EFC’s recent expansion he said, “This is a fantastic opportunity for us local athletes. It is going to test ourselves even further, which will lead to higher level fights. It is going to bring about an evolution in the local MMA community.”

He was incredibly excited for his team mate Danie van Heerden’s bout against Champion Dalcha. “This is going to be a super fun fight to watch. Danie is going to make him gas out and then score a KO,” he stated matter of factly.

Groth challenges Boyd Allen for the EFC featherweight belt on December 11 at the Coca-Cola Dome, Johannesburg at EFC 36. This will be Allen’s first challenge as the new featherweight champion. They say that you are not a champion until you successfully defend your title. Now is his chance to prove any critics wrong.