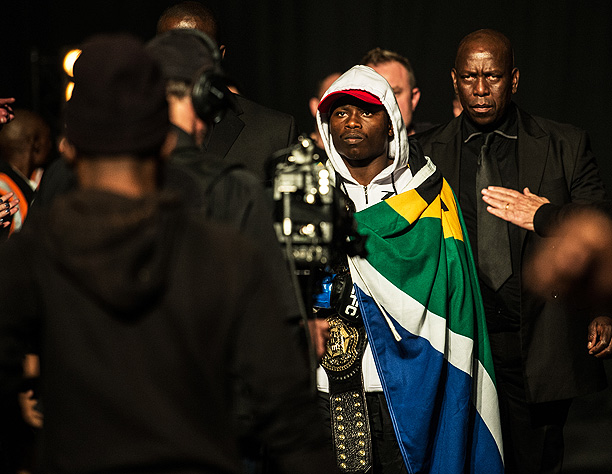 Cape Town (South Africa) – Former bantamweight champion and flyweight contender Nkazimulo ‘Zulu Boy’ Zulu will be stepping back in the Hexagon at for the first time since losing his bantamweight title to Demarte ‘The Wolf’ Pena.

Justin Staple of Vice Magazine’s Fightland wrote about Zulu and his upcoming bout at the Coca-Cola Dome. Selections of the full article reprinted below:

“EFC has bred many stars who boast rags to riches stories, notably Nkazimulo “Zulu Boy” Zulu who was on a tear in his Bantamweight division before losing the belt to a dominating Demarte “The Wolf” Pena in a unanimous decision at EFC 31 in July. Pena gave up his 145-pound belt in hopes to silence Zulu at 135, and after this impressive showing is now one of the EFC’s biggest stars with an undefeated record. “

“It’s drama like this that makes EFC special. On a global scale, the promotion is filled with huge personalities like Zulu and Pena, and incredible athletes toughened by South Africa’s dangerous environments. Both Pena and Zulu have several local endorsement deals, and are treated as celebrities as they walk the Johannesburg streets.“