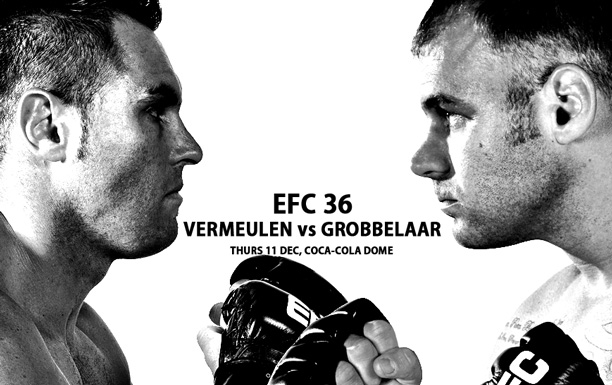 Cape Town (South Africa) – At EFC 32 Michael Vermeulen got his first win inside the Hexagon with a first round TKO. On the same night, former number one contender Sors ‘Guru’ Grobbelaar suffered his fourth straight loss since failing to claim the heavy weight title. At EFC 36 in December, they will stand toe to toe in the middle of the Hexagon.

Vermeulen wants to continue his winning ways. But now his biggest challenge yet, stands before him in Grobbelaar. Vermeulen will need to draw on all his resources when he faces the highly experienced ‘Guru’.

Grobbelaar has faced many of the top heavyweights in EFC and fought for the title. However, he has been on a losing streak since his loss to Andrew van Zyl for the title belt. Now is his chance at redemption and to show the world he is still a threat in the heavyweight division.