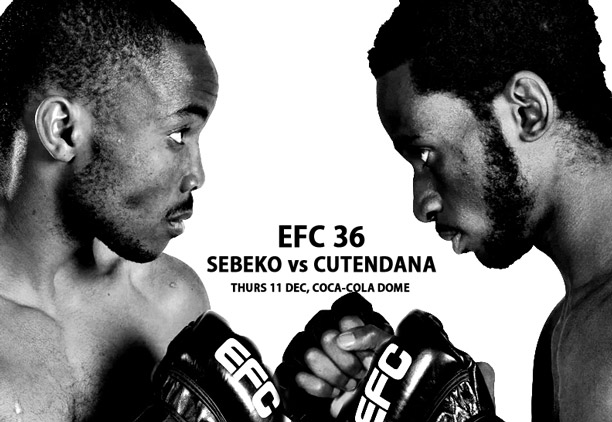 Cape Town (South Africa) –  Oumpie ‘Lion Heart’ Sebeko is on the road to scoring his third win in a row in EFC. Should he do so, he will launch himself into the upper echelon of the bantamweight division. Standing in his way is Angolan Marino ‘Scorpion’ Cutendana.

This is a massive task for Sebeko who is looking to go three and zero. Having earned a performance bonus in both his previous bouts, he wants to keep up his winning ways in an entertaining fashion. His opponent has shown growth in leaps and bounds, winning his last fight in a lightning thirty three seconds TKO over Sibulele Swekile.

Cutendana has just had his first victory inside the Hexagon and wants to keep building on his momentum to show he is a valid threat in EFC and not just a proverbial ‘gate keeper’ for the bantamweight division.