This Is The Hurt Game 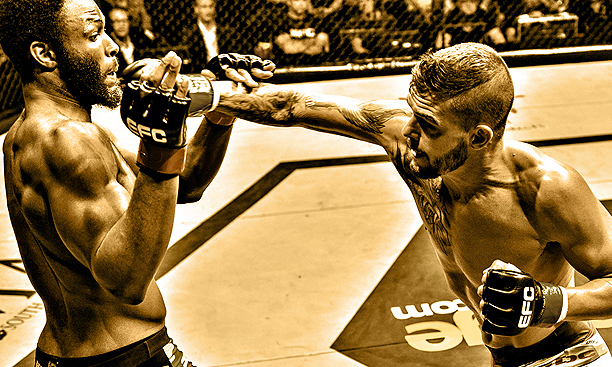 Johannesburg (South Africa) – Former EFC welterweight champion Dino “The Lion” Bagattin wants to get the title back. However, he still has to prove he deserves the title shot again. To get there he has to beat the tenacious Gordon ‘Rage’ Roodman on 11 December.

“I’m really in such a good mental space right now,” stated Bagattin in an interview this morning. “When I’m in this space I can’t be beat!”

“I am going to knock him out! He thinks my chin is suspect, so he will try testing it,” Bagattin on predicting how he sees the fight will end. “But I was knocked out by a massive welterweight in my last fight, so I don’t think the HOBBIT poses any threat,” he added.

Bagattin ended off his interview with a message for Roodman:”They are calling you ‘The Lion Tamer’. This is no circus… This is the hurt game!”