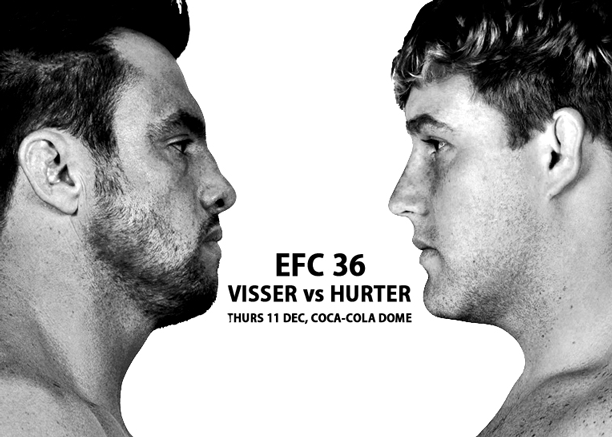 Johannesburg (South Africa) – Ian Visser is a former heavyweight that struggled to find his feet in the division. In his third appearance he faced the legendary Donovin Hawkey and won with a rear naked choke in the first round. Now he will face the reinvented Charl ‘The Barbarian’ Hurter.

Having not competed since EFC 20, where he faced Chris du Pont and lost via a verbal submission in the first round, Hurter has gone back to the drawing board. Having been out for an extended period, he has had the chance to improve on his entire skill set and is looking to impress fans.

Since Visser dropped down to light heavyweight he has impressed fans and officials with a quick submission of Hawkey. Now he wants to continue his winning ways and work his way to the top of the division.