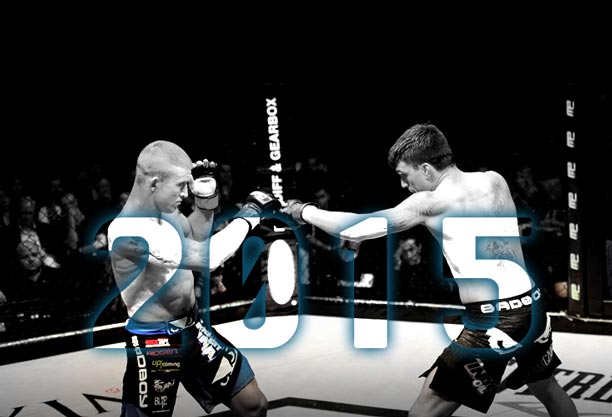 Johannesburg (South Africa) – The New Year is underway and there are already three massive fight cards planned for the coming year.

21 February – EFC 37 – Carnival City, JHB
Carnival City will bear witness to two title fights. Fans will be witness to the Mynhardt vs. Madge trilogy with the lightweight bout on the line. This time when they meet, Leon ‘Iron Lion’ Mynhardt will be defending his title for the third time and Don ‘Magic Man’ Madge is hungry for ultimate redemption. Added to this will be the welterweight title fight between Adam ‘Prodigy’ Speechly and David Buirski. Fight fans from around the world have been waiting in anticipation to see if Speechly will be able to break the dreaded welterweight curse that looms over the belt.

4 April – EFC 38 – Durban International Convention Centre, DBN
The return to Durban shores will see hometown hero Wesley ‘Young Assassin’ Hawkey gun for gold when he challenges Boyd Allen for the EFC featherweight belt. With the home town advantage Hawkey believes this is time to take the belt and prove he is the best in the division. Durban will also see the return of its son Martin van Staden as he prepares to take on the Irish phenom Peter ‘Showstopper’ Queally. Everything hangs in the balance for this bout, the winner will most likely be named the number one contender, which of these determined athletes will we see getting a shot at the welterweight strap next?

7 May – EFC 39 – GrandWest, CPT
Two of the best heavyweights in the world stand toe to toe as they vie for the heavyweight EFC title. Current champion, Brendon Groenewald looks to make his first title defence since his KO victory last year. However, his opponent, the former champion Andrew ‘One Gear’ van Zyl is on a mission to reclaim what many believe is rightfully his. Co-headlining will see the bad blood rematch between Norman ‘Chef’ Wessels and Gideon ‘Juggernaut’ Drotschie. After a controversial ending the last time they stepped in the Hexagon, which saw Drotschie bleeding profusely and Wessels taking the belt from the champ. Now Drotschie will have the chance for vengeance and to reclaim the light heavyweight strap and avenge his only loss.

EFC is presented by BetXchange.com. Tickets on sale soon at www.computicket.com. Book your cinema ticket to all fights live and in state of the art digital projection at www.sterkinekor.com. Watch the entire event live, from anywhere on the globe, via online streaming at efcworldwide.tv