HUNGARIAN VARJU COMING FOR THE WIN 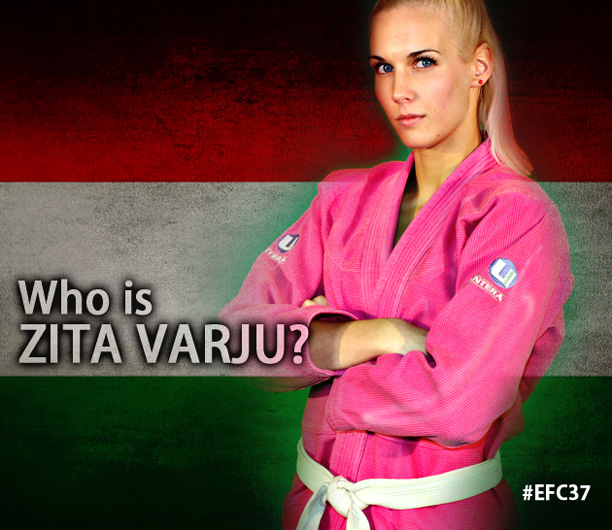 Johannesburg (South Africa) – On 21 February we will witness the inaugural women’s flyweight division bout between Hungarian Zita Varju and South African Danella Eliasov. This bout will be the benchmark and send a message to all future competitors in the division.

Zita Varju is originally an experienced kickboxer before making the transition into MMA. Residing in Budepest, Hungary, she trains out of Dudas Gym. Varju was originally a hair stylist, but is now fighting professionally full time. Currently on winning streak, she is looking to continue her winning ways in EFC. “I am going to win in Johannesburg,” she boldly claimed in an interview yesterday.

“I started training in combat sport about 6 years ago,” Varju said about getting into MMA. “Then my friends told me about MMA and I really liked it. So I started MMA about 3 years ago. However my coaches didn’t want me to compete. They said ‘because you’re a pretty fragile girl and do not have a future in this sport’. This didn’t break me down, but inspired me further. So I changed my gym. I was motivated to continue and train hard. After three years of putting in the hard work, I had my first MMA fight,” she concluded.

“I think this is a great opportunity for me. I was very happy when I signed with EFC,” stated Varju. “I think this is a very good idea that women are going to fight in EFC, because we are very good fighters who are also beautiful. We will put on an entertaining fight and a good show,” she finished.

“My opponent is good ground fighter,” Varju said about her upcoming opponent Eliasov. “My team and I have been making good progress in preparation and ready for anything on the night. I don’t underestimate my opponent, but I can’t see myself losing this fight.”

She finished the interview with a statement for the fans: “Now is the time of the women in MMA!”