“IF YOU’RE FEELING COCKY, IT’S BECAUSE THERE’S SOMETHING YOU DON’T KNOW”

Buirski warns Madiba about his attitude 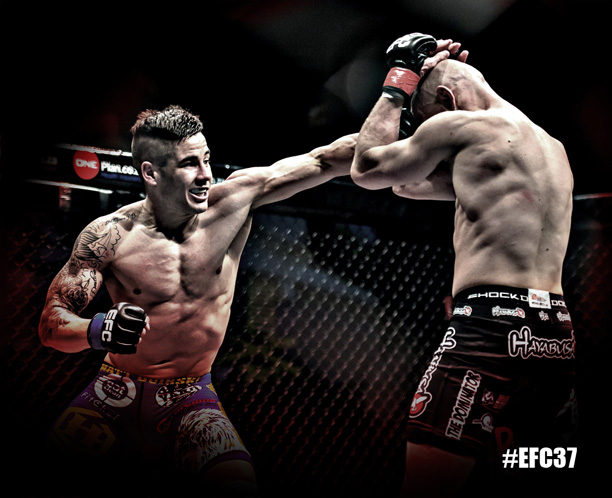 Johannesburg (South Africa) – At EFC 37 the youngest of the Buirski Army will take to the Hexagon on the main card ahead of his older brother’s EFC welterweight title fight. Matthew Buirski will be facing the charismatic and explosive Tumisang ‘The President’ Madiba who is riding a three fight win streak.

Buirski was riding a three fight win streak until he met Abdul Hassan in the Hexagon at EFC 26, when they went to a draw that won them ‘Fight of the Night’ honours. He then went on to lose two more nail biting close decisions to Cedric Doyle and Tyson Chelin. Both bouts could have easily gone the other way.

“It is really an honour to be on the same card as my brother David,” Buirski mentioned about being on the card when his brother is fighting for the welterweight title. “It has been great training together and helping each other were we can. Dave is in phenomenal shape, I believe the EFC Fans are yet to see the best of David Buirski. It’s going to be an exciting night all round!”

“I try not focus on my opponents to much,” Buirski stated. “I have so much to learn in Mixed Martial Arts that I only try to improve my game each fight. We have however looked at all of Madiba’s weaknesses and the few strength’s that he has,” he added.

“I think I might run around and punch him in the face…Repeatedly.” Buirski responded when asked about how he sees the fight going. “I never like to predict outcomes, I have trained hard and I’m coming for a war.”

When asked to comment on some of Madiba’s comments about the fight, Buirski simply responded with a quote from author Eoin Colfer: “Confidence is ignorance. If you’re feeling cocky, it’s because there’s something you don’t know.”

“Thanks to all the loyal fans out there,” concluding his morning interview. “The Buirski Army is coming to entertain you on the 21st of February.”