“I’M A GIRLY GIRL, BUT FEISTY” 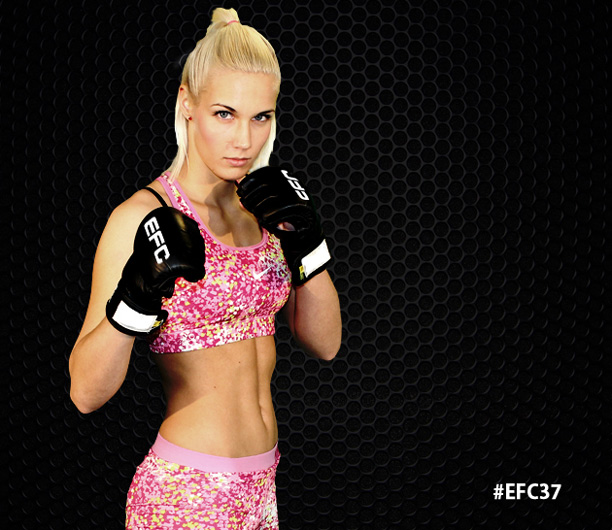 Johannesburg (South Africa) – At EFC 37 Hungarian Zita Varju will debut in the EFC Hexagon against South African Danella Eliasov. This will be history in the making as the first professional women’s MMA bout in EFC.

South African blog MMA Fundi interviewed Varju to get her thoughts on the upcoming bout and some of the challenges she faces as female competing in MMA.

You look like you could be a model, why have you chosen a career in MMA? Varju: I’m a girly girl but very feisty and hard. I like danger. I had an extreme sport. I think the mixed martial arts teachers hurt (push) me to reach my goals and dreams…

Since the EFC has mentioned the opening of the women’s division there has been some negative comments by some of the fans. How do you feel about this? Varju: I expected it but I hope the women’s division EFC fight fans will all change. They will see two beautiful women who clash hard in the cage.