KARAM AND ‘LITTLE HAMMER’ TO MEET IN THE HEXAGON 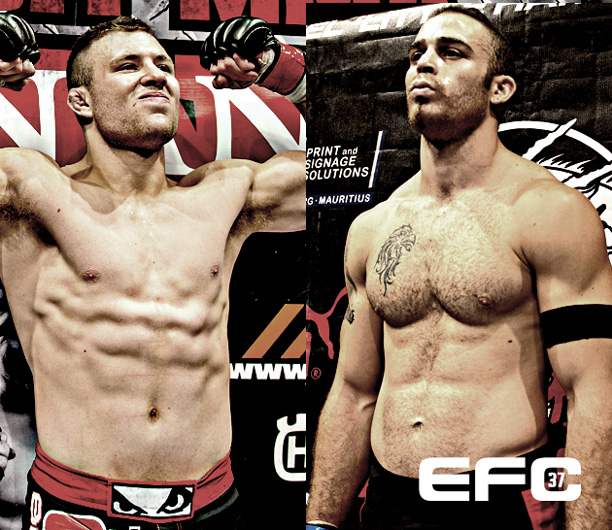 Johannesburg (South Africa) – Lyle Karam made his EFC debut against Tyrone Bester at EFC 34, where he put on a text book performance to win via guillotine choke in the first round. His next opponent will be the monstrous Marcel ‘Little Hammer’ Teniers at EFC 37.

Teniers was considered the next big thing in the welterweight division, until he was stopped by David Buirski in a number one contender bout in the first round. With victories over three opponents’ consecutively in EFC, Teniers was ready to make a run at the title. Unfortunately for him, he met another immovable force in Buirski and came up short. Now Teniers is ready to work his way back up the welterweight ladder with a win at EFC 37.

Standing in his way is the tenacious Karam, who fights out of CIT gym alongside the likes of welterweight champion Adam Speechly. He has shown his pedigree on the ground. This will be a step up in competition for the young Karam as he looks to continue his winning ways.