Combat Press interviews Mynhardt ahead of his third title defence 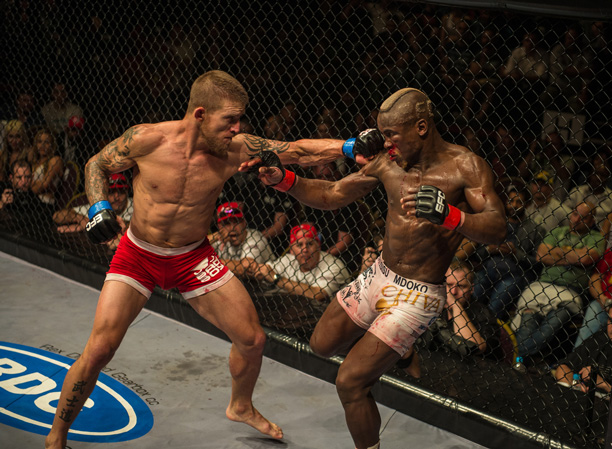 Together they have shared nearly eight rounds of fighting. It’s a trilogy that, according to the history books, Mynhardt doesn’t really need to take part in. He has proven that he has what it takes to defeat Madge. Other fighters in his position probably would have turned the fight down.

“It doesn’t really matter to me who I fight as long as my opponent puts up a fight,” Mynhardt told Combat Press. “It’s all about testing myself every time and to keep growing as a martial artist. I like any challenge. I know that I’m well prepared, as always, because I have the best team and coaches who push me to my limits.”