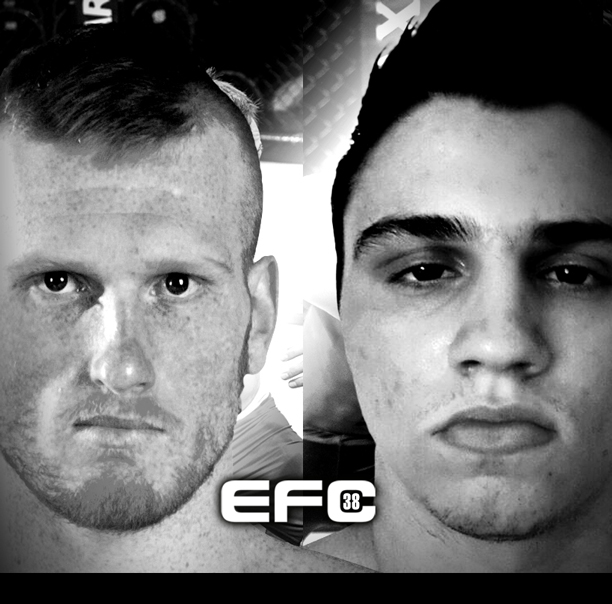 Johannesburg (South Africa) – At EFC 38, fans will get to see local hero Cameron ‘Ginger Ninja’ Meintjes return to the Hexagon after his talented display at EFC 36 where he won by rear naked choke in the middle of the second round. Now he will face fellow Durban local in his EFC debut, Georgi Georgiev.

Georgiev debuts in EFC with fighting out of the same gym as Abdul Hassan and Jason Culverwell. While he has an outstanding ground game, as is synonymous with his gym. He is also known for his high pedigree of kickboxing.

His opponent, Meintjies, steps into the Hexagon for the third time. Known for grappling prowess, in his first EFC appearance he took on middleweight standout Warren Allison in a technical grappling battle where he just fell short. He then answered a call as a late replacement and faced Charl Hurter in a catch weight bout and won convincingly via submission.