SMILING AT A MONSTER 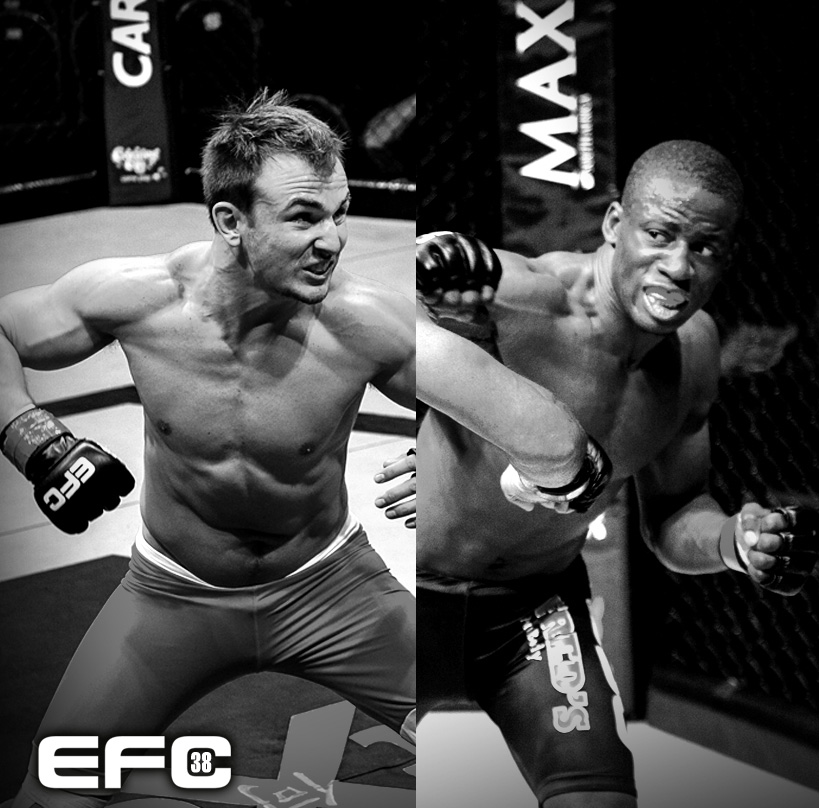 Johannesburg (South Africa) – The lightweight division is arguably the most talent rich weight category in EFC. This will be proven on April 4th when Durban standout Saxon ‘One Minute Monster’ Delafield faces DRC native Igeu ‘Smiley’ Kabesa at the Durban ICC at EFC 38.

Delafield debuted in the Hexagon with massive hype behind him and his amateur career. With a dominant performance over Pietie Coxen, he won his debut in the first round. He then suffered his first taste of defeat when he faced Cape Town crowd favourite Shaun de Lange. Not to be put down, he went back to gym and worked hard to get his redemption with another first round victory over David van Schalkwyk. He continues to live up to his moniker; none of his fights have ever gone past the first round.

His opponent is now riding an intimidating four fight win streak with three finishes and victories over the likes of Regis Muyambo and Barend Nienaber. In his last outing in the Hexagon he faced former number one contender Nienaber and showcased his newly developed striking skills to complement his already potent wrestling as he went toe to toe with the Muay Thai specialist.

Both of these young athletes are building themselves up in the ranks and willing to put everything on the line for a shot at the gold strap, but who will prevail in their ascendency Durban?