A review of EFC 37 by ENCA reporter Simon Stephens 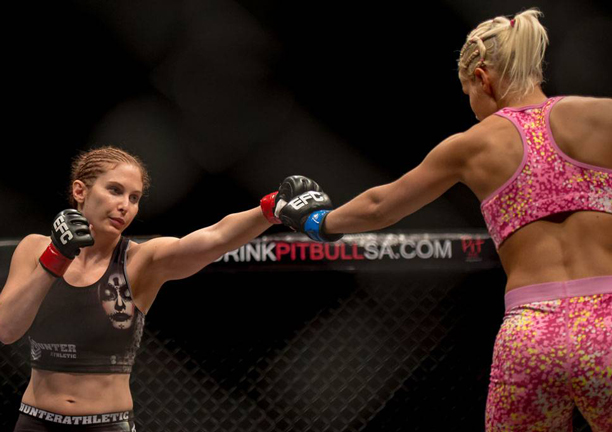 “You always get a certain type of punter on the East Rand, but the moment Northcliff’s own Danella Eliasov stepped into the cage opposite Hungarian import Zita Varju, the rabid masses were screaming for action with not a catcall in earshot.

Weathering the initial hand speed of the Budapest resident, Eliasov relied on her superior jiu-jitsu to score a takedown and force the referees’ intervention by ground and pound.

Keeping in mind that Varju had won all her previous fights by first round submission, Eliasov’s victory is all the more impressive, due in no small way, to the fact that she was evidently listening to her corner throughout the bout. Young amateurs of any gender take note.”