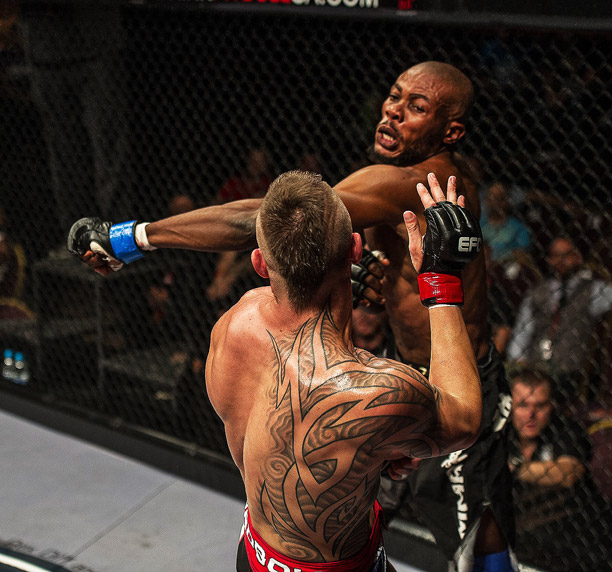 Family, friends and fellow athletes gathered to pay their respects to a man loved and respected by all who knew him. Special tribute was made by members of his training team who put on a sparring display in his honour.

Tomorrow Guylain’s body is to be transported to the country of his birth, the Democratic Republic of the Congo, where a funeral service and burial will take place.

Guylain passed away six days after receiving injuries in his February 27 bout at EFC AFRICA 27.