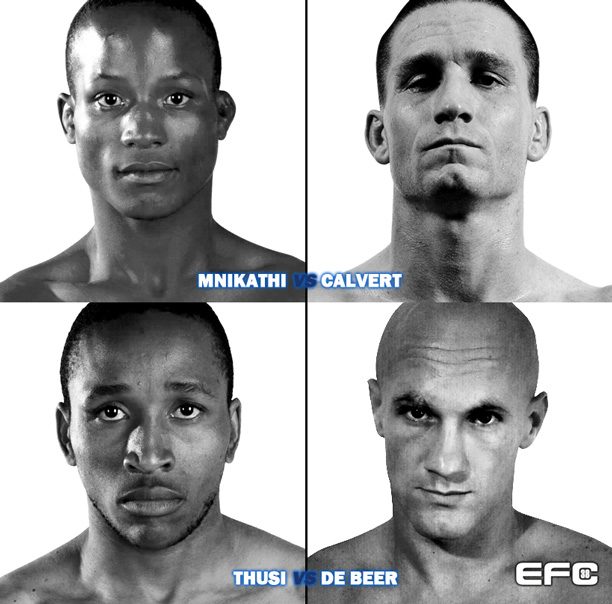 Johannesburg (South Africa) – With only a month away from EFC’s return to Durban in April two more bouts have been added to the line-up. Making his professional debut, Martin de Beer will face-off against Bill Thusi and veterans of the Hexagon Sizwe Mnikathi will step up against the highly experienced Ashley Calvert.

Durban local Mnikathi has been quietly racking up victory after victory in the EFC featherweight division after his initial decision loss to Tumisang Madiba. Now with three wins in a row, he is taking a step up in competition to face Ashley Calvert. Originally supposed to make his return to the Hexagon at EFC 36, Calvert was forced to withdraw from the bout due to an injury. Now he is ready to get back into action.

Thusi will be making a quick return to the Hexagon after his first round loss to Lourens Botes. Injury free from his last bout, he is excited and ready to get back in the Hex in front of his home town. Meeting him in Durban, Martin de Beer will be making his EFC debut. De Beer has held three separate amateur titles and is brimming with confidence that he will make an impact in an already stacked bantamweight division.