EFC heavyweight champion Groenewald is more dedicated to winning than ever 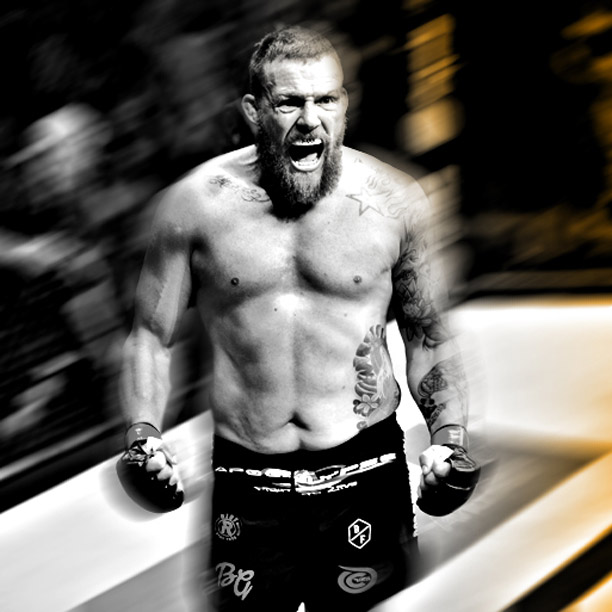 Cape Town, South Africa – At EFC 39 in Cape Town, Brendon Groenewald will make his first defence of his heavyweight title against former champion Andrew ‘One Gear’ van Zyl. However, Groenewald is not as preoccupied with the belt as much as he is on improving and competing as a mixed martial artist.

Groenewald has been on a tear through the heavyweight division which lead him to capturing the heavyweight title with a spectacular knock out of Christopher Walravens. Now he will have the chance to cement his hold on the division when he faces his biggest challenge yet against van Zyl.

After winning the title he stated that he has never been so invested in his training before and that it had paid off. “I’ve always been unsure as to how I fit in amongst all the professional athletes,” stated the Groenewald in an interview yesterday. “I hadn’t put the same kind of effort in as everyone else. As I started improving I made the decision to become more invested in my sport, in training and competition. It’s great to see results and it’s still good fun,” he added.

When asked what fans can expect from a well invested Brendon Groenewald he responded with, “I will be a more rounded and dynamic athlete. I never plan for a specific opponent. I create a strategy as my opponent reveals himself in the fight.” “It is great to be rewarded,” Groenewald commented on what winning title means to him. “But it will never mean more than the competition itself to me.”

Many fans have stated that they believe that van Zyl is the rightful champion to which Groenewald responded,” They are short sighted. Andrew is not a stand by champion or champ because he had a belt. He is a champion always because of the way he represents himself, his beliefs and his sport. It is not all about the belt, we are all a small part of a much bigger picture.”

Cape Town’s heavyweight champion believes he will hold onto his title in May with his attitude and love for competition, “because of my will and desire to compete and be the best that I can be.”