Muyambo up for the opportunity of a life time 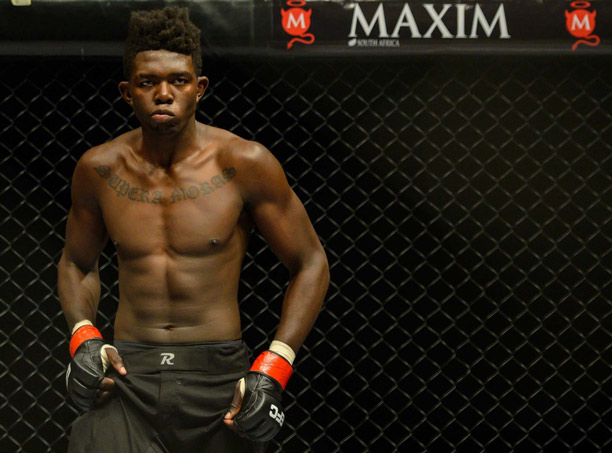 Cape Town, South Africa – Frederich Naumann was set to return to the EFC Hexagon in Cape Town and was scheduled to go up against former champion Don ‘Magic Man’ Madge at EFC 39 in May. During his preparation for the massive bout, Naumann tore his ankle ligaments and has had to withdraw. Zimbabwean born Regis Muyambo has stepped up to the plate to take on the dangerous Madge.

Muyambo is ready for the biggest challenge of his life and what could be the biggest opportunity in his young career. “I am honoured to fight Don, he has shown he is a skilled fighter. I respect him as an athlete, but this is about more than displaying skills. It is about more than fighting three or five flashy rounds. It is about Don peering into my soul and accepting I’ve changed and that I’m the monster in his head and I’m not hiding anymore.”

Muyambo currently holds a record of two wins and two losses, but a win against Madge could elevate him to the top echelon of the division. Will Muyambo beat the odds against the formidable Madge? See on May 7th at Grandwest.