RETURN OF THE ‘PAIN TRAIN’ 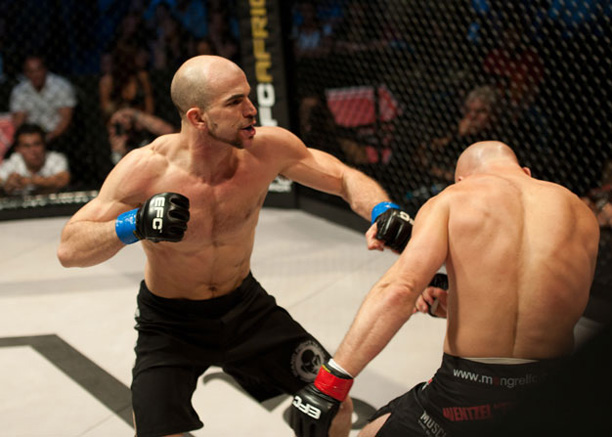 “About to shake the Lightweight division up!!!@mazanymma signed and ready to stake his claim. He defeated the 1st @efcworldwide champ Wentzel Nel at EFC05 and makes his comeback!” – Graeme Cartmell

The last time Mazany entered the EFC Hexagon the organisation was not contracting athletes from outside of Africa and Mazany travelled across the world for an exhibition fight for the fans. The result; he submitted then lightweight champion Wentzel Nel in the first round shocking the local crowd. Now, 34 EFC events later, and after EFC broke ground and opened its doors to athletes from across the rest of the world, Mazany once again returns, but this time for EFC gold, the title he believes he already should have had but could never have before. The American returns with a professional MMA record of 11-5, having early finish victories in four of his last six fights.

Since his EFC debut so much has changed. His former opponent Wentzel Nel retired from professional competition and the title in question is now held tightly in the hands of Leon ‘Iron Lion’ Mynhardt. Time will tell what the division’s future holds, but a tough path ahead for Mazany is certainly in store.