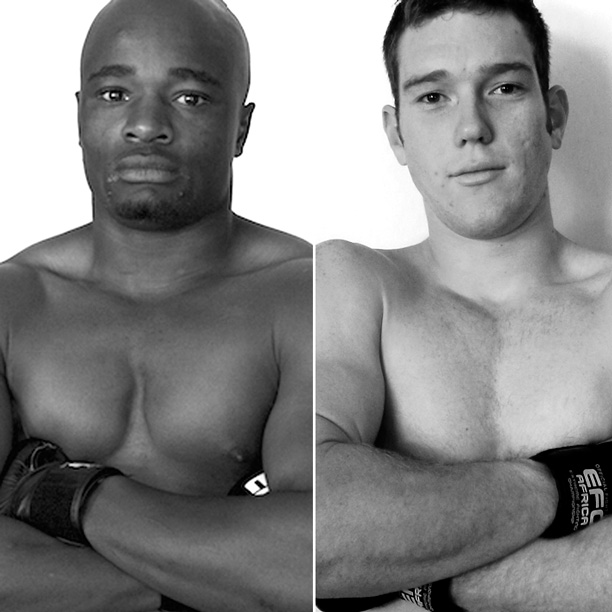 Johannesburg, South Africa – At EFC 40 on Saturday 6 June at Carnival City, two fighters will enter the EFC Hexagon for the first time. Zambian Robert Simbowe will stand face-to-face with South Africa’s Stefan Pretorius in the lightweight division. Although it’s each of their EFC debuts, the encounter will be a reckoning for both as they faced each other once before as amateurs many years ago.

“I was smashing him and then just made one mistake. He was lucky.” Said Simbowe about their first encounter. He added, “I am coming to claim my victory back at Carnival City.”

The Zambian born Simbowe is now training under retired EFC veteran Wade Henderson, and Simbowe is determined to show the world how he has developed as an all round mixed martial artist since turning pro and becoming a full time athlete.

His opponent, Pretorius, is notorious for his Brazilian Jiu-Jistu and submission skills. Training under BJJ Blackbelt Juergen Putter, he controls his opponents with his slick ground skills, making them pay for the smallest of mistakes.

This exciting rematch will feature on the EFC 40 preliminary card. The event’s headlining bouts are expected to be announced early next week.

EFC 40 is presented by BetXchange.com, and takes place at Carnival City, Johannesburg, on Saturday 6 June 2015. Tickets on sale soon at www.computicket.com.