DOYLE GETS SHOT AHEAD OF SAYED

'People should forget about the Pena vs. Sayed fight, it’s never going to happen!' – Cedric Doyle 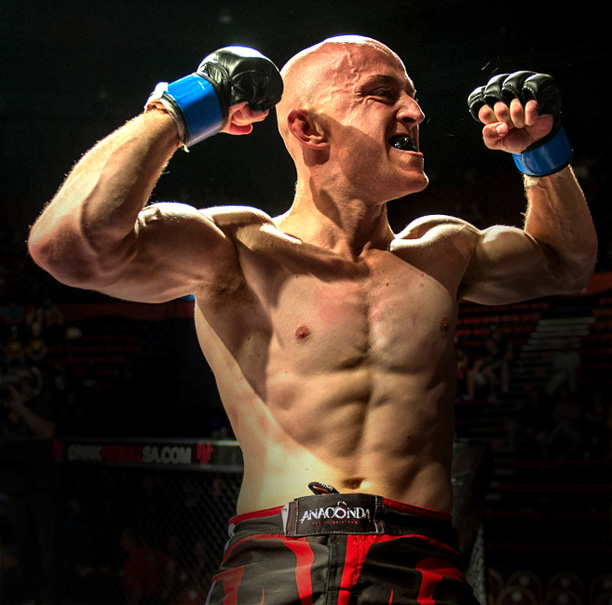 Cape Town, South Africa – One of the highlight bouts of EFC 39 in Cape Town featured a pumped up Irshaad ‘White Tiger’ Sayed vs. Oumpie ‘Lion Heart’ Sebeko. The entire bantamweight division had its eyes watching closely as Sayed put in a dominant performance against the dangerous Sebeko. Two men were watching closer than most, the champion Demarte ‘The Wolf’ Pena and the number one challenger Cedric ‘The dominator’ Doyle.

Doyle is riding a four fight winning streak, having finished three of his last four bouts early. Doyle will challenge the undefeated Pena at EFC 41 in Carnival City in July. He has been hounding EFC matchmaker Graeme Cartmell and Pena for his deserved title shot on social media, now Doyle will get his chance to prove to the world that he is true deserving challenger.

Doyle is more focused on his upcoming title fight against Pena and stated on Instagram: “People should forget about the Pena vs. Sayed fight, it’s never going to happen! After I smash Pena’s face at EFC 41, I’m going after a terrible looking, almost submitted twice by RNC, Sayed. I’m here to crush dreams. ‘The Dominator’ is coming!”

The champion Pena stated, “I am going to take this fight like any other. I never underestimate my opponent. This is the most important fight of my life. I am at the pinnacle of my career and I am going to work hard to keep my record. 11-0.”

EFC 41: Pena vs. Doyle, presented by BetXchange.com, and takes place at Carnival City, Johannesburg, on Saturday 11 July 2015. Tickets on sale soon at www.computicket.com. Book your cinema ticket to all fights live and in state of the art digital projection at www.sterkinekor.com.