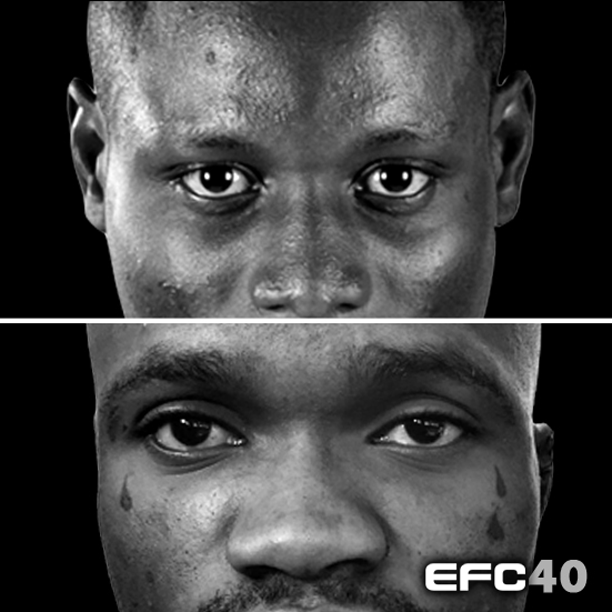 Johannesburg, South Africa – It was announced earlier today that Cameron Meintjes vs. Gareth Sawyer has been postponed to EFC Durban in August due to Sawyer suffering an injury in training. A replacement bout has already been made. Champion wrestler from DRC Texier Kabesa will face fellow countryman known simply as Gorilla.

Texier Kabesa is a South African wrestling champion alongside his brother Igeu Kabesa. Known for his strength and wrestling prowess, Texier Kabesa has not had the same success in the Hexagon as his younger brother. Having moved to a new camp, World of Warriors, he feels he will put on better performances and results with the team behind him. They will help him to utilize his wrestling skills more effectively and produce his first win.

‘Gorilla’ will be making his EFC debut. Gorilla is an amateur champion with a background in Judo and boxing. A highly explosive athlete, he always hunts for the finish, never leaving a bout to go to the judges. Gorilla is a training partner of former lightweight champion Don ‘Magic Man’ Madge. “This guy is a monster,” stated PFA head coach Michael Mouneimne.

This exciting prelim bout, plus 6 others can be viewed exclusively live at Carnival City or from the larger than life Ster-Kinekor theaters across South Africa.