‘IF YOU CAN BRING IT…BRING IT!’ 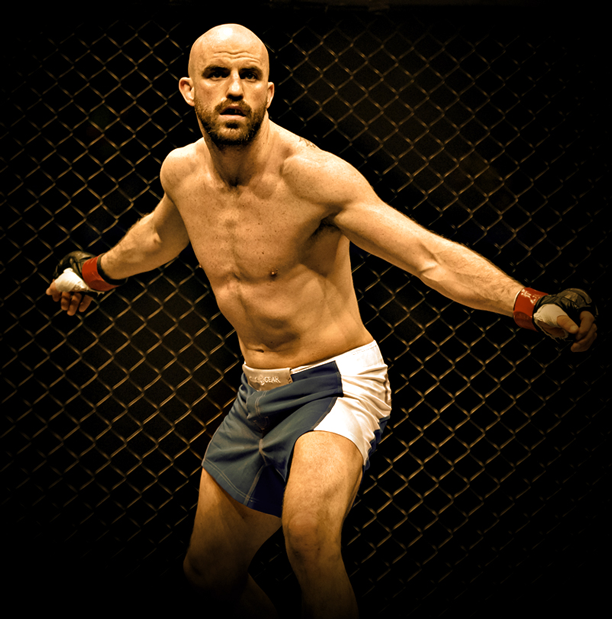 Johannesburg, South Africa – By defeating Francois Kabulu with his slick ground game, Ireland’s Peter ‘Showstopper’ Queally made a statement in his EFC debut. He was all set to take on Martin ‘The Punisher’ van Staden in a number one contender bout in Durban, when he fell victim to an injury and was forced to withdraw. Queally is eager to get back in the Hexagon and show that his win was just the beginning when he takes on undefeated wrestler Igeu ‘Smiley’ Kabesa in his new weight category, lightweight.

Queally was forced to withdraw from his bout against van Staden in Durban with only two weeks until fight night. The Irishman explained what happened in an interview, “I suffered a bad injury in the lead up to the fight.” He continued, “I tried every avenue to keep the fight alive, but in the end for the sake of my future and health I was forced to withdraw and start immediate rehabilitation.”

His upcoming bout against Kabesa will be at lightweight. A weight category EFC fans have not seen Queally compete at before, he explained the drop, “Lightweight is nothing new to me, I have fought at lightweight many times in the past. I fight at both welter and lightweight.” He went on to add, “I was originally slated to fight at welterweight at EFC 40 in the main event against another high profile welter. For whatever reason my opponent wouldn’t sign his contract so Graeme asked if would I fight Igeu at 155lbs (70kg) as he really wanted to keep me on the card and make this show a big one and I said fine. Weight doesn’t matter to me, I would’ve fought at heavyweight if I was asked and it meant saving the show.”

Kabesa is a training partner of welterweight contender van Staden and is already familiar with Queally’s style and a game plan to beat him. Queally is not alarmed by this, stating, “Van Staden had no idea how he was going to beat me so he can’t help him (Kabesa).” He added, “I don’t look too much into my opponents, there’s no need… They are all just flesh and bones and move like everyone else.”

When asked why Queally believes he will win the bout on 6 June, he responded simply. “I’m bigger than him, faster than him, and more skilled than him.”

Queally ended the interview with a message for Kabesa, “If you can bring it… bring it!”