MEINTJIES VS. SAWYER POSTPONED TO AUGUST IN DURBAN 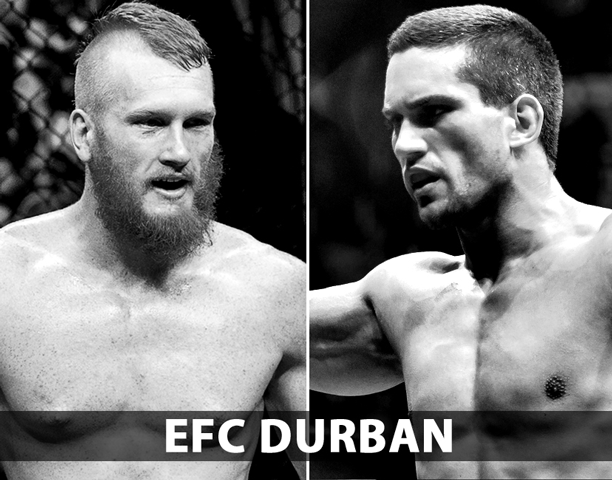 Cape Town, South Africa – With every sport, injuries can affect line-ups for teams. The same can be said for MMA, when athletes prepare intensely to compete in the Hexagon. Injuries and sickness can force an athlete to withdraw from a scheduled bout. This is true with next month’s milestone EFC 40 event at Carnival City. Middleweight Gareth Sawyer suffered an injury in training and will be unable to compete at EFC 40 against Cameron ‘Ginger Ninja’ Meintjes.

This is the first time that an entire bout has been take off a card due to an injury, however it is planned for the bout to move to August when EFC returns to Durban when Sawyer has recovered.

“I am really upset that this happened, I was really looking forward to Sawyer and Meintjies battling it out in the Hexagon. I am hoping Sawyer will recover soon enough to face Meintjies in August for EFC 43 in Durban,” stated EFC matchmaker Graeme Cartmell. He added, “Don’t worry though; I have an exciting bout planned in place of it!”

A replacement bout is planned and will be announced later today. Keep your eyes on EFC social media accounts to find out who will step up to the challenge of competing at the milestone EFC 40 event.