‘NO TAP’ FOR ‘THE SCORPION’ 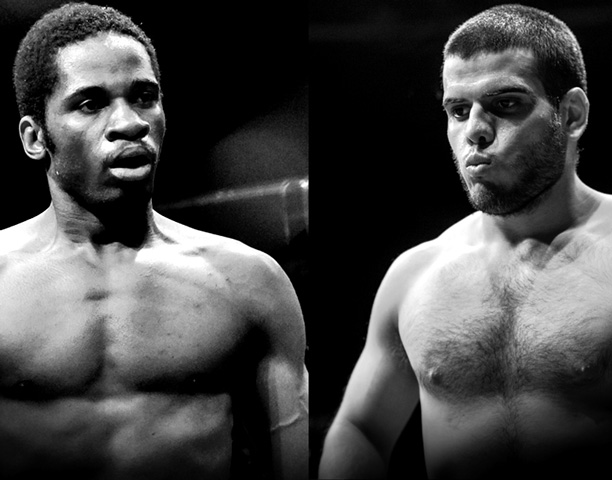 Johannesburg, South Africa – Marino ‘The Scorpion’ Cutendana is in the middle of a career renaissance, having won his last two bouts with alacrity in the first round. Now looking for the third straight victory, he will face Durban’s Nelson ‘No Tap’ Feiteira who is in need of his own career resurgence.

Cutendana is another Angolan MMA export that is recently making waves in EFC, alongside friend, countryman and champion Demarte ‘The Wolf’ Pena. What began as a tentative career in EFC, losing his first two bouts, Cutendana has turned things around. Looking as a completely new athlete, he has won his two most recent outings in the EFC Hexagon in a dominant fashion. Hungry and in search of his third straight victory, he will face a new test in a experienced ground specialist for the first time.

Durban’s Feiteira has received performance bonuses for his last three bouts, making him one of the most exhilarating athletes in EFC to watch. A full-steam ahead aggressive style, mixed with slick Brazilain Jiu-jitsu skills. Feiteira is has kept fans on the edge of their seats with every appearance in the Hexagon. Now in search of his own career resurgence, Feiteira needs a win to re-establish himself in the bantamweight division.

Will Cutendana overcome this test as he has others in the past or will Feiteira rise up to his former glories?

This exciting prelim bout, plus 6 others can be viewed live at Carnival City or from the larger than life Ster-Kinekor theaters across South Africa.