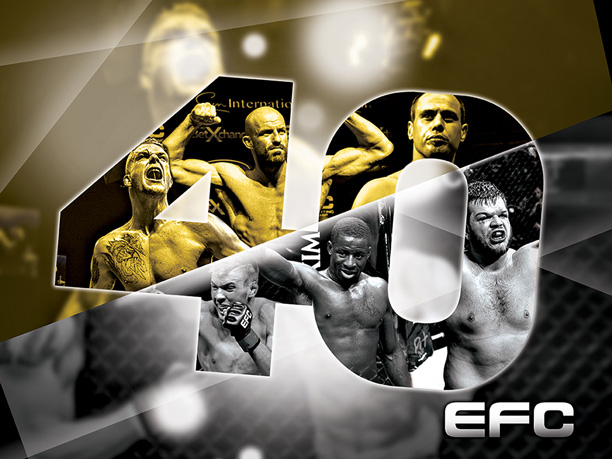 Johannesburg, South Africa – The EFC 40: Bagattin vs. du Plessis Countdown show premiered on worldwide on television last night. Hear insights from EFC commentator Cyrus Fees, the headlining athletes’ team mates and the men themselves as we get inside the build-up to the massive milestone 40th event on June 6th.

Watch the most compelling Countdown show to date, as we delve into the contrasting approaches both Bagattin and du Plessis have in their professional and private lives to improve and become newly evolved athletes. Bagattin has made the move to Fight Fit Militia; meanwhile du Plessis has done the opposite and entrenched himself further in the team that has seen him to previous successes.

Also featured on the EFC 40 Countdown, Cyrus Fees breaks down the return of the dominant former champion Ruan ‘Fangzz’ Potts as he faces a massive challenge in the French standout Cyril ‘Silverback’ Asker. The Frenchman sees Potts as a shortcut to a title fight. It will be war when the heavyweights collide.

DRC’s undefeated Igeu ‘Smiley’ Kabesa faces the biggest challenge of his career as he takes on the Irish Peter ‘Showstopper’ Queally. Putting his perfect record on the line, Kabesa wants to show he is a complete mixed martial artist at the top of the division. Queally who was already dangerous at welterweight is now cutting down and is sure to be an even bigger threat.