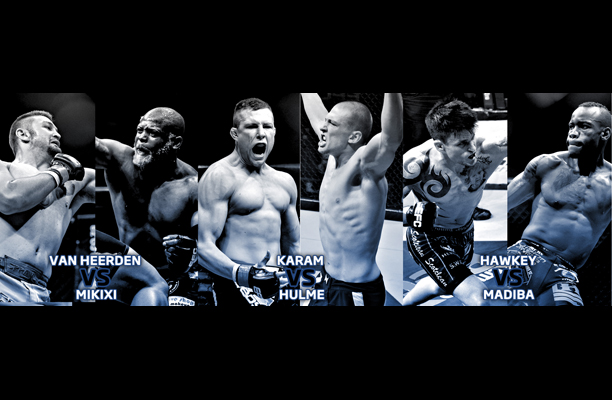 Johannesburg, South Africa – Just over a month to go to the mammoth double title fight main event at EFC 41, which is taking place on Saturday 11 July. It is headlined by Angola’s Demarte ‘The Wolf’ Pena vs. South Africa’s Cedric ‘The Dominator’ Doyle and co-headlined by the battle for the vacant middleweight title between Michiel Opperman and Liam Cleland. These are not the only bouts in the spotlight, there are three other huge matchups on the main event to back-up these momentous title fights.

Opening the main card will see former number one featherweight contender Wesley ‘Young Assassin’ Hawkey face-off with the explosive Tumisang ‘The President’ Madiba in a fight that promises non-stop action. Hawkey has moved to a new camp, Team MMA Fighter with Morne Swanepoel, he believes he will be a new athlete with new skills to display. The performance bonus winner, Madiba, brings the home crowd advantage, to help spur him on. Both men still have their title aspirations and see their recent losses as simple set-backs to learn from. Now is their chance at redemption and to rebuild towards the top of a growing division.

Two young and hungry warriors will go to war as they look to continue making an impact on the welterweight division. Lyle Karam, fighting out of CIT alongside former welterweight champion Michiel Opperman and perennial contender Dricus du Plessis, will go head-on with FFM’s Mark Hulme who has former welterweight champion Dino Bagattin and number one contender Martin van Staden in his training team. Both Karam and Hulme, are fresh off victories and want to continue their winning momentum into this bout.

“I feel bad for Bernardo in his old age,” stated van Heerden on signing for the fight. He added, “He is much slower than he used to be. He won’t be able to touch me in the Hexagon.” Heavyweights collide when South African Danie ‘The Pitbull’ van Heerden clashes with Angolan Bernardo ‘Black Panther’ Mikixi. Two former contenders eager to get back to glory and prove they have what it takes to stand above the influx of new talent that has entered to the biggest division in EFC.

A mammoth main card is already set and the prelim bouts are nearly all finalised. Multiple performance bonus winner Peter Nyide will clash with the newly developed skills of Oumpie Sebeko, plus Buthelezi vs. Iakobidze and Botes vs. de Klerk are confirmed. EFC 41 can only get bigger as the final preliminary bouts get announced soon.

Tickets are on sale now!