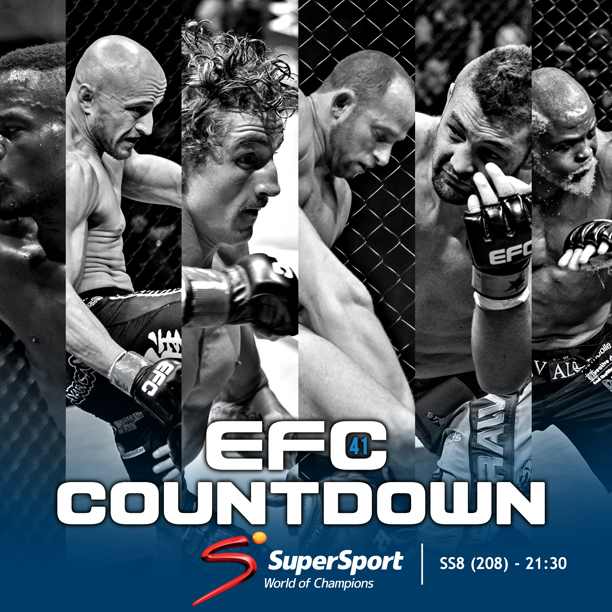 Johannesburg, South Africa – On 11 July, two EFC titles will be on the line, the hotly contested bantamweight and the vacant middleweight belts.

The most dominant champion in EFC history, Demarte ‘The Wolf’ Pena, will face his newest challenge in the form of the former Air Force Officer, Cedric Doyle. Plus, former welterweight champion Michiel Opperman goes head-to-head with Liam Cleland, as the two most deserving middleweights, for the vacant gold strap.

Also featuring on the main card, two former number one contenders go to war when heavyweights Bernardo Mikixi and Danie van Heerden collide inside the Hexagon. Both men have a rich history and huge highlight reels, having been competing in EFC from the very beginning.

Don’t miss the Countdown to EFC 41 as it premieres tonight!