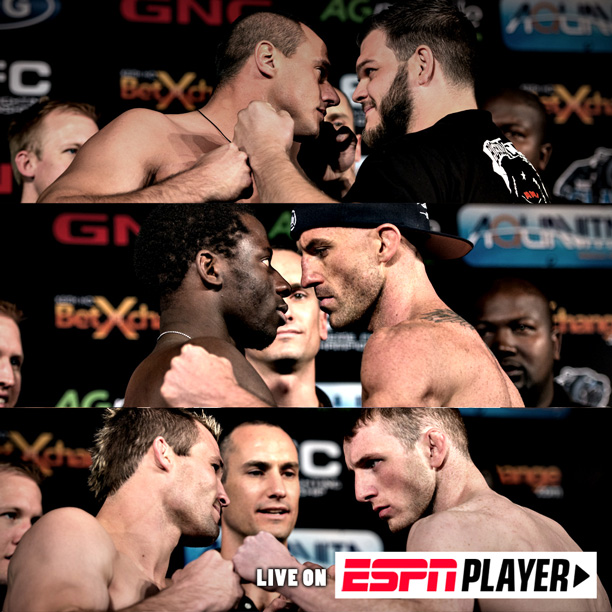 Johannesburg, South Africa – The growing global expansion of EFC will be on showcase tonight as three European stars take centre stage in the EFC Hexagon on the main card for the first time in the organisation’s history.

Opening the main card sees Scottish champion Danny Henry debut in the Hexagon against the heavy-handed wrestler from Polokwane, Hanru Botha. Henry is unthreaded by Botha and has promised an early finish, he has stated, “I have seen what he is capable of, I am not massively impressed.”

The third last bout of the evening will see Ireland’s super confident Peter ‘Showstopper’ Queally square-off against the undefeated wrestler from DRC, Igeu ‘Smiley’ Kabesa. Queally is making the drop to lightweight for the first time in EFC, already a threat in the heavier division; he can only be more dangerous at lightweight. Both men boast sublime grappling games and knockout power to back it up, it’s sure to be fireworks when they finally meet in the Hexagon tonight. Queally stated upon entering the venue yesterday, “The main attraction is here!”

Finally, France’s heavyweight Cyril ‘Silverback’ Asker looks to go 2-0 in the EFC Hexagon when he takes on former and EFC champion Ruan ‘Fangzz’ Potts. Asker sees Potts as a shortcut to a title shot and a win tonight will surely strengthen his case for number one contender.

Also making his EFC debut as the headlining preliminary bout will see Poland’s Tomasz ‘Kredka’ Kowalkowski enter the Hexagon for the first time against the African boxing champion from Zimbabwe, Elvis Moyo.