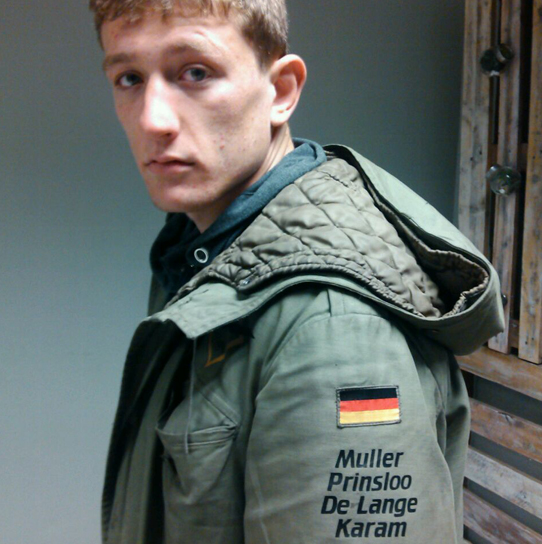 Johannesburg, South Africa – For the first time in their young careers Mark Hulme and Lyle ‘Krusher’ Karam will feature on the main card and are competing against each other at EFC 41.

Hulme has faced his share of controversy in recent times and was suspended for 6 months due to illegal strikes to the spine, however, the last time fans saw Hulme in the Hexagon his hand was raised after victory and as usual, while he was wearing his signature military jacket.

Many fans have been perplexed to the meaning of the jacket, to which Hulme has explained, “The names on my jacket are simply obstacles I have already conquered.” He added, “They are not memories, but rather a warning to those who are yet to be added.”

In an already stacked fight card, this certainly is a bout to look out for but Karam, who is Fighting out of Team CIT and TopBox gym has struggled to make welterweight in the past and questions have been raised over whether he will make the drop now. Fight Fit Militia’s Hulme had some choice words of encouragement for Karam regarding his weight issues, “If he doesn’t make weight, I will punish him.”

It is always a war of technical brilliance when CIT and FFM athletes meet in the Hexagon, and this bout is looking to deliver exactly the same.