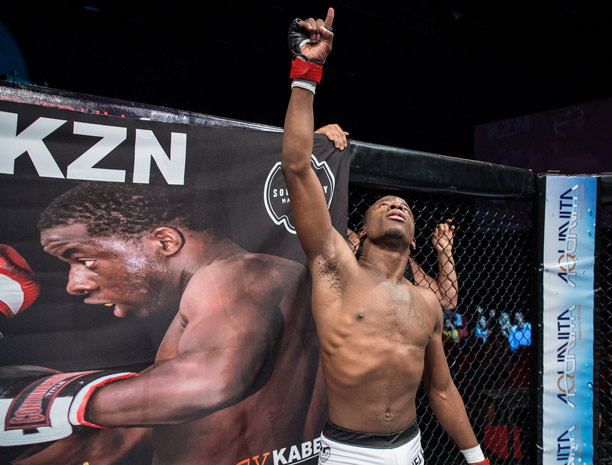 Johannesburg, South Africa – Igeu ‘Smiley’ Kabesa is a DRC native that grew up in the South African town of Springs with the sport of wrestling. In an interviewed with Combat Press, Kabesa explains about competing in front of his home town and how the support spurs him on.

What follows is an excerpt from intriguing article with Kabesa, written by Neil Rooke. You can read the full article here: efcww.com/1FvL0w0

‘“Well, it means nothing, hey,” Kabesa stated. “I also train with three of Africa’s titleholders, and I myself have been competing since I was eight. Trust me, I’m used to this — is he?”

It’s a very real possibility that Kabesa could add a sixth professional victory and remain undefeated, but he’ll have to dispatch of his most formidable opponent to date. Queally boasts a great deal of worldwide experience, but Kabesa will enter the Hex with his country behind him. The surging lightweight would like nothing more than to win in front of a hometown crowd.’