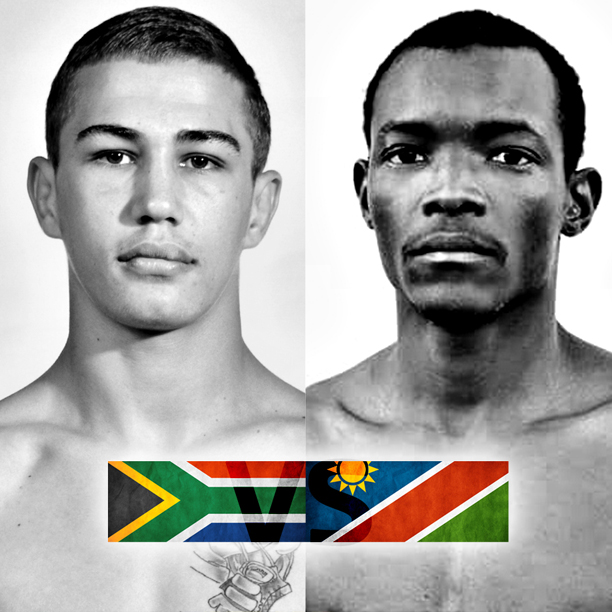 Johannesburg, South Africa – Testament to the growth of both EFC and the flyweight division, there are debutants joining the mix almost with every event. The latest signing sees Namibian Josemar Octavio join the flyweight division. Facing Octavio in his professional debut is fellow debutant JP Buys.

Octavio will be the first athlete ever to represent Namibia in the Hexagon. Fighting out of Vale Tudo Namibia, Octavio brings a strong history of kickboxing, he has gone undefeated in the striking art and owns some big KOs in both kickboxing and MMA. Not lacking on the ground, he has won half of his fights via submission. Being the first Namibian athlete in to compete in EFC, he will be flying his country’s flag high with pride.

Originally set to face Jasen van der Merwe at EFC 40, Buys fell sick and withdrew from his debut. Now he is back to a hundred percent and eager to get into the Hexagon to start his professional career. Renowned for his ground skills, Buys has been competing in wrestling alongside lightweight Igeu Kabesa since their childhood and promises similar finesse on the ground. “I’m coming to fetch a victory I was supposed to get on the 6th of June! But believe me, nothing is going to stop me from being victorious come 11 July,” stated Buys.

It’s a classic striker vs. grappler when these two debutants athletes face-off, watch this fight and 11 more live Carnival City. Witness it live, don’t miss out on the start of these future stars’ young careers.