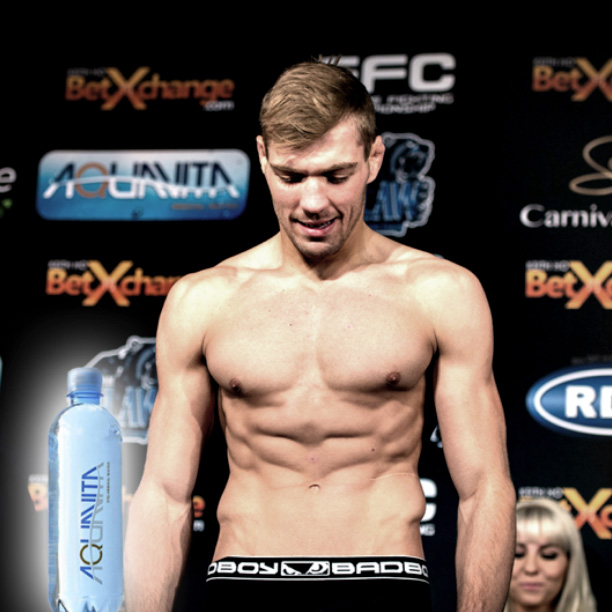 Johannesburg, South Africa – Almost every athlete performs a weight cut in order to make their division. One man that has had to put in extra effort, having dropped to an entire new division, seven kilograms less, is Dricus du Plessis. There is delicate science behind how professional athletes ‘cut’ weight, and perhaps even more important how they rehydrate properly afterwards. Du Plessis takes us through how to correctly rehydrate after weigh-in:

1) Don’t down water or anything after you get off the scale. Drink slowly and sip water.
2) Drinking is much more important than eating. Rehydrating is your first priority, make sure you take in about one litre per hour.
3) When you eat, start with easy digestive foods like fruits, then you can move onto heavier foods such as sweet potatoes and eventually meats.
4) Do not eat to fill yourself after weigh-in. Eat small portions about every two hours instead of big portions.
5) Keep hydrating until fight night. Make sure your body is completely hydrated before you step into the Hexagon.

Du Plessis faces the highly experienced Dino Bagattin tonight in the main event of the milestone EFC 40 event. After the weigh-in, where Bagattin and he almost came to blows, he took to Twitter to message to Bagattin directly with a warning.