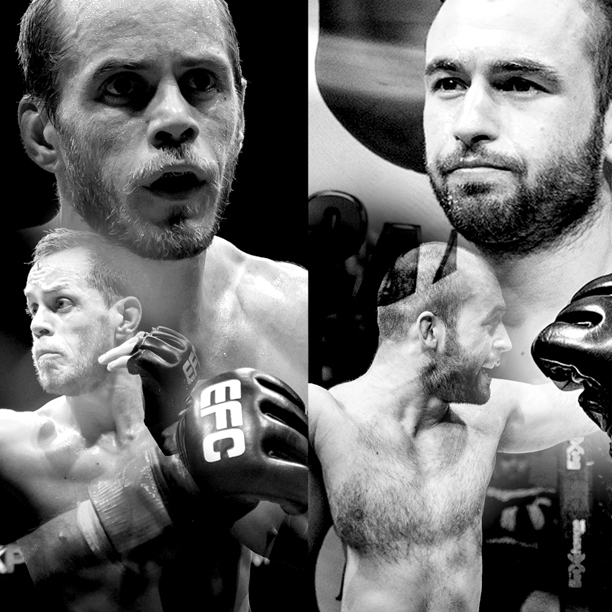 Durban, South Africa– Earlier this month, Liam Cleland put on a phenomenal performance against Michiel Opperman to capture the once vacant EFC middleweight belt. A decade of competing in MMA, from backyard brawls to EFC, one of the biggest stages in the world, this was a dream come true for Cleland. However, in the midst a threat looms and two challengers stand side by side, waiting. One, closer to Cleland than he would like, is the South African Warren Allison and the other, hailing from half way across the world is the Polishman, Rafal Haratyk.

Allison has been involved in martial arts for years and competed in EFC at the organisation’s third event. In the beginning of his MMA career he suffered two losses which sent the Bloemfontein local on a journey of improvement, and a journey that led him to Port Elizabeth’s legendary trainer, Chris Bright. He left EFC to start again from the beginning, and after two successful victories in regional events Allison made his return to the Hexagon new and refreshed. Allison came back making big statements against big opponents on every outing, and the man seeking perfection successfully strung three massive finishes in a row.

The other man standing at the gates to the middleweight title hails from Bialsko-Biala, Poland and trains out of the renowned ‘Berserkers Team’. Haratyk has shown his durability and eastern European style wrestling and the willingness to engage standing time and time again. While he carries a nonchalant demeanor, he has proven he can fight at the highest of levels and excel above the competition. With four professional wins in international MMA competition, ‘The Polish Tank’ entered EFC with a strong record and a history of victories that put him steps ahead of the rest of the division. Haratyk went on to make his debut in the EFC Hexagon against the formidable Keron ‘Skinner’ Davies in Durban and won by sinking a Rear-Naked Choke in the first round.

On the verge of EFC gold, Allison was one fight away from a title shot. He accepted the challenge to take on England’s Yannick Bahati and prove to the world that he truly had what it takes to be at the top of a global organisation. He suffered an unfortunate injury in the build-up to the fight and was forced to withdraw. Now, fully recovered and ready, he has once again taken the opportunity to fight another internationally acclaimed athlete, and who better than Rafal Haratyk.

Both men have a massive task ahead of them when they meet next month in Durban. The victor will leave no doubt and will prove that he belongs at the top of the division.

Watch this fight and more at the upcoming EFC Durban event.

EFC 43: Buirski vs. van Staden, Zulu vs. Ninow presented by BetXchange.com, and takes place at Durban ICC, on Thursday 27 August 2015. Tickets on sale soon at www.computicket.com. Book your cinema ticket to all fights live and in state of the art digital projection at www.sterkinekor.com.