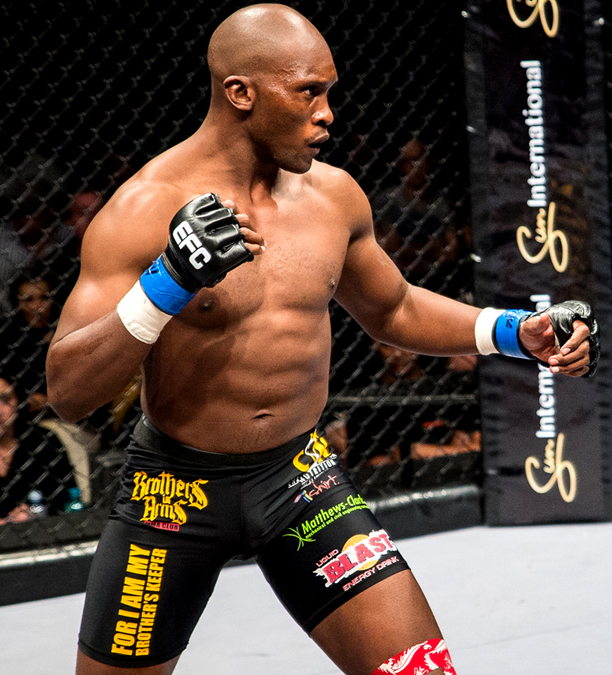 Johannesburg, South Africa– Marc Vlieger was scheduled to make his EFC debut against Gideon ‘Juggernaut’ Drotschie, the former light heavyweight champion. Unfortunately, Drotschie has been forced to withdraw due to a knee injury sustained in training. Enter the man with the heaviest hands in EFC, Tumelo Maphutha.

The man often referred to as ‘The Truck’ is rightfully named so, as many opponents have attested to the knockout power that Maphutha possesses in each and every single punch.

The last time fans saw Maphutha, he was standing opposite Drotschie battling for the number one contender spot. It was a lacklustre bout, with very little action from either athlete, both preferring to counter and neither initiating. Maphutha lost that bout, but has now been given the opportunity of redemption. He will welcome the new threat from Belgium to the EFC Hexagon.

Eager to return back to the top of the division, Maputha accepted the new challenge instantly. “It was a frustrating fight and performance,” stated Maphutha upon accepting the fight. He added, “I have been walking around with that frustration for two months now and I am ready to take it out on my opponent. He will get the beating I promised Gideon.”

EFC 42: Wessels vs. Dalcha presented by BetXchange.com, and takes place at Grand West, Cape Town, on Saturday 08 August 2015. Tickets on sale at www.computicket.com. Book your cinema ticket to all fights live and in state of the art digital projection at www.sterkinekor.com.