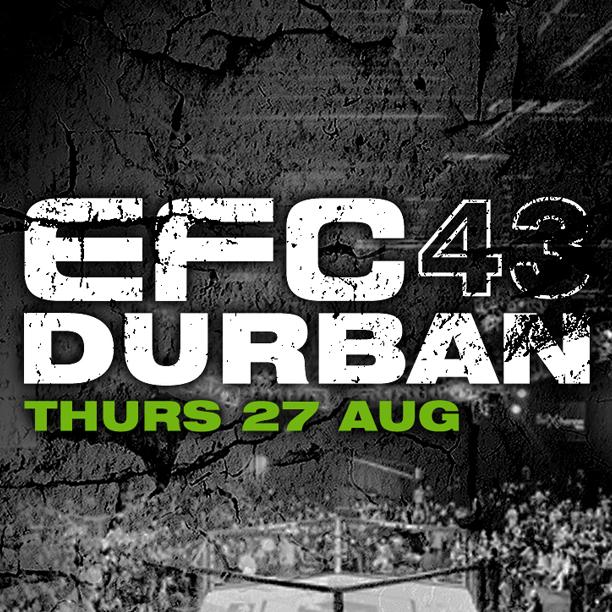 Durban, South Africa– EFC returns to the sunny shores of Durban in the month of August, headlined by the welterweight championship fight between current champion David Buirski and number one contender Martin ‘The Punisher’ van Staden. Also featuring a second title fight, plus female stand-out Amanda ‘Mad Dog’ Lino takes on an unannounced opponent on the main card.

Originally scheduled for Saturday 29 August, EFC 43 is moving two days earlier to Thursday 27 August. Tickets will be on sale soon and many huge match-ups are still to come.

“Due to unforeseen logistical reasons, the date for the EFC 43 event in Durban has moved from Saturday 29 August to Thursday 27 August,” stated EFC president Cairo Howarth. “The majority of the last forty-one EFC events have been held on Thursdays with great success. The planned EFC 43 fight card is awesome and we are looking forward to another amazing event in Durban.”