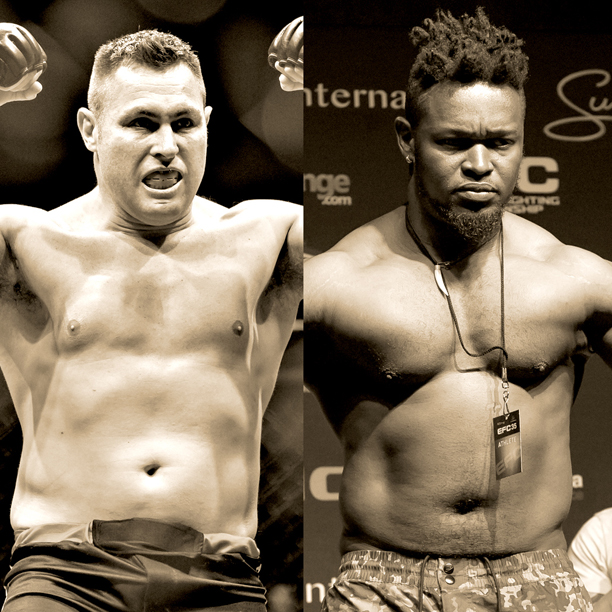 Cape Town, South Africa– Johannesburg’s Mike Vermeulen is set to make his fourth appearance inside the Hexagon when he faces DRC’s Knife Didier in Cape Town at EFC 42. With nearly identical records, both heavyweights are in the hunt to rise above the division and make a statement when they meet.

The last time Vermeulen competed he was seen landing massive punches on former contender Sors Grobbelaar to take another first round TKO victory. His opponent Didier, is ready to rebound after his first ever loss to Elvis Moyo that went all the way to a decision.

Vermeulen trains out of TapOut Academy alongside middleweight champion Liam Cleland and other notable EFC athletes. Meanwhile Didier has moved to a new camp since his last outing in the Hexagon and is training out of Redemption Martial Arts in Cape Town.

I’ll preview 42 in a forthcoming edition of The Clinch, but there are two pre-eminent issues that command discourse immediately.

This prelim bout will be the final build up to the massive main card scheduled for Saturday 8 August that will see athletes from Belgium, USA, Scotland, Ireland and DRC descend upon Cape Town