WHO WILL RULE THE FLYWEIGHTS 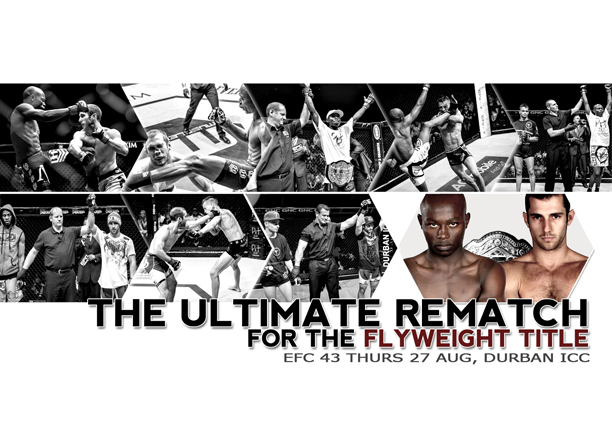 Durban, South Africa– With a deep and devastating history, the former bantamweight champion ‘Zulu Boy‘ and Durban’s best, Craig Ninow dropped down to flyweight and now meet again in an ultimate rematch for the inaugural EFC flyweight championship.

Zulu defeats Charlie Weyer via TKO in round 1 to capture the bantamweight title.

EFC 43: Buirski vs. van Staden, Zulu vs. Ninow , presented by BetXchange.com, and takes place at Durban ICC, on Thursday 27 August 2015. Tickets on sale soon at www.computicket.com. Book your cinema ticket to all fights live and in state of the art digital projection at www.sterkinekor.com.