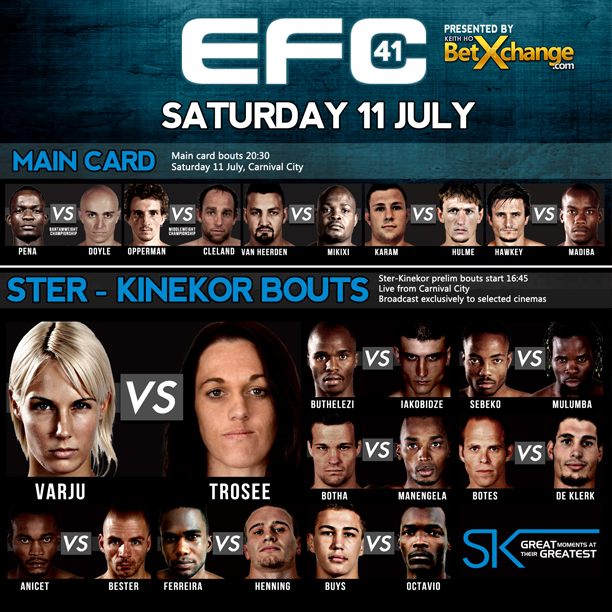 Johannesburg, South Africa– Before EFC 41 goes live around the world for the main card which includes two championship fights, Hungary’s Zita ‘Tinky’ Varju will make her much anticipated return to the EFC Hexagon this Saturday against the South African Jacqualine Trosee. This massive women’s bout headlines the Ster-Kinekor card.

The last time fans saw Varju, she was making history as one half of the first women’s fight in EFC. She is known for her ferocious boxing and caused trouble for previous opponent, Danella Eliasov. Standing opposite Varju this Saturday in the Hexagon, ‘Demolition Jacqui’, is a South African Muay Thai Boran champion. Similarly known for her volume striking, Trosee is a tall flyweight that will look to take advantage of her reach.