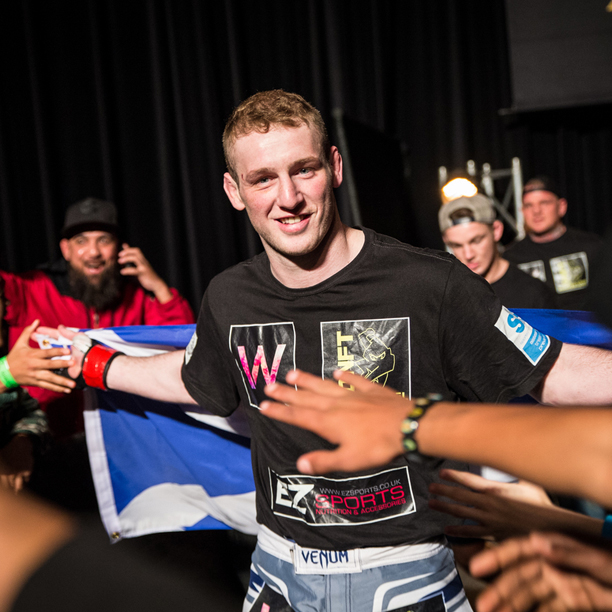 Johannesburg, South Africa – This past weekend saw Scotland’s Danny Henry in the biggest fight of his career to date when he faced the experienced Matthew Buirski in the opening bout of the EFC Cape Town main card. In a three round war that saw Henry emerge as the unanimous victor, the Scotsman earned the number one contender position and the right to challenge the dominant champion Boyd Allen for EFC featherweight gold.

Boyd Allen has remained undefeated in EFC since signing and has always displayed a skillset unmatched by anyone in the division. In 2014, he realised a career goal and captured the vacant EFC featherweight belt in his typical cool, calm and collected fashion. He has since defended it twice with first round submission victories over South Africa’s Wade Groth and Wesley Hawkey, however, the dominant champion has yet to be tested by an athlete traveling over international waters.

Coming into EFC with great experience and with three big international wins behind him, and after defeating two of EFC’s best in quick succession, Daniel Henry proved that he is a massive threat and earned the number one featherweight contender spot ahead of the rest.

Henry showed slick submission skills over the formidable wrestler Hanru Botha and showed accurate striking in his ‘Fight of the Night’ against Matthew Buirski, but none of his past battles will be anything like what lies ahead for Henry. He wants to become the champion and wants to be the one to defeat Allen, but does the Scotsman want what’s coming for him? Boyd Allen is waiting, event details coming soon.